The event, which was held between January 12 to 15, is organized annually by the Ted Rogers School of Management at Toronto Metropolitan University.

The theme of this year’s edition was Fintechs, i.e., companies that use new technologies to provide innovative financial services.

The participating teams initially had one week to conduct an analysis on a North American stock. They then had to prepare a 15-minute presentation to shareholders.

Next, with a preparation time of only 90 minutes, the teams had to draw up a recommendation on the acquisition of Solar City by Tesla and present it to a jury, again in 15 minutes.

The 2023 Battle on Bay edition featured 16 bachelor’s-level teams from 12 universities across Canada.

The HEC Montréal team was coached by Julien Galisson, a graduate of the School.

The University Competitions Service would like to thank all those who took part in the preparation of this team, as well as the HEC Montréal Alumni Association for its financial support. 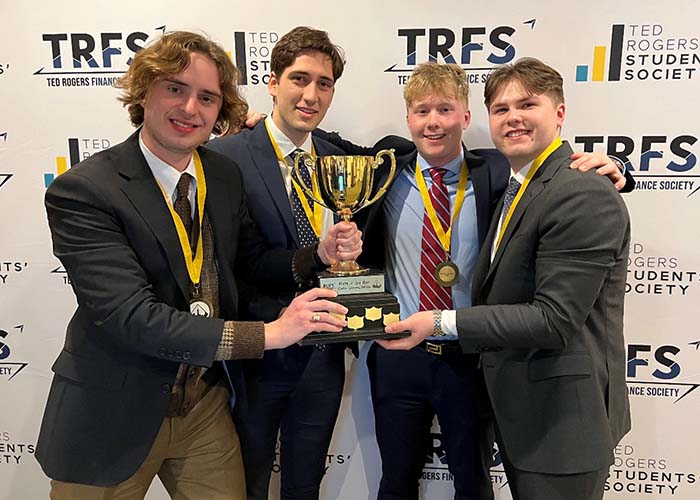