The HEC Montréal Carmelle and Rémi Marcoux Chair in Arts Management presented its 2020 Cultural Management Award to Stéphane Lavoie, Executive and Programming Director at TOHU. He received this recognition, along with a cash prize of $5,000, at a ceremony at the Montreal Museum of Fine Arts on February 25.

TOHU, where Stéphane has worked for nearly 20 years, is a performance and exhibition, creation and experimentation space unlike any other in North America, devoted primarily to the circus arts. Located in the Saint-Michel neighbourhood of Montréal, TOHU is also an example of sustainable development through culture.

In presenting this award to Stéphane, the jury, including Chairholder Professor François Colbert, saluted, “his community involvement in both social and ecological terms, his skills in communicating and identifying partnership opportunities, and well as his ability to rally people around a common goal, which have enabled him to support the exceptional success of Quebec circus in Montréal and around the world”. 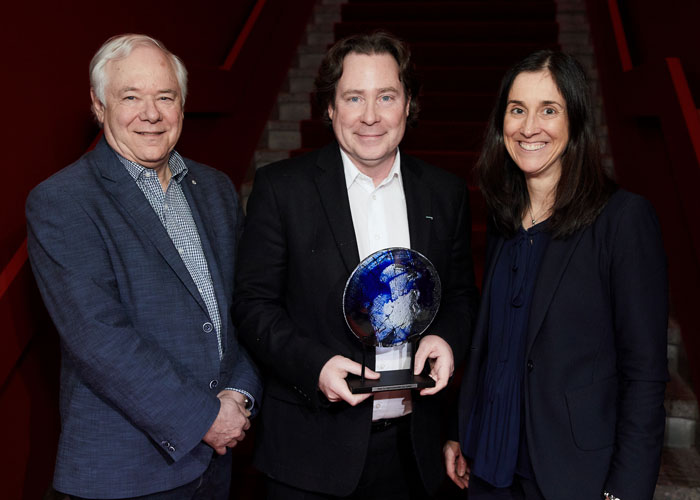 Some highlights in the career of this outstanding figure in contemporary circus in Quebec:

This year’s Cultural Management Award was presented at the same time as the ARDI awards for innovation in cultural philanthropy. The ARDI awards are a joint initiative of the Carmelle and Rémi Marcoux Chair in Arts Management and the Brigade arts affaires de Montréal (BAAM), to recognize philanthropic innovation by members of the business community and cultural managers 40 and under. As 2020 award winners, the Chair and BAAM chose Natacha Engel, as part of the next generation of business leaders, and Emmanuelle Choquette, as a cultural manager.

More information on the ARDI awards (in French)