HEC Montréal wins an award for its pilot project 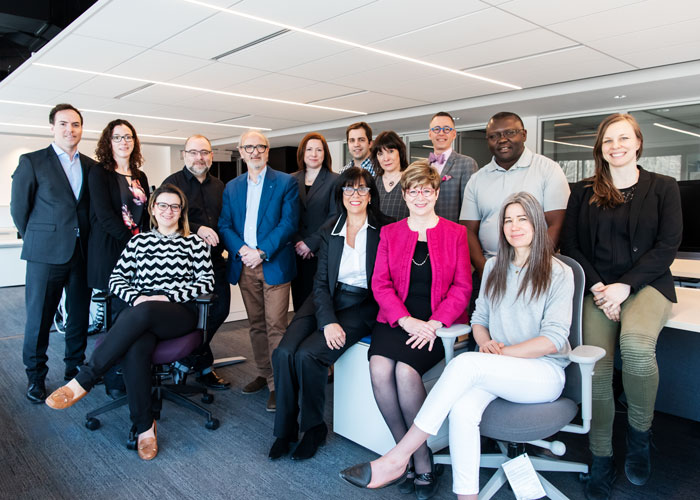 The HEC Montréal Campus Development Department received a national Quality and Productivity Award at the opening of the annual general meeting of the Canadian Association of University Business Officers (CAUBO), in Halifax on June 10. The School was recognized for its pilot project to plan work spaces for its future downtown building, slated to open in 2021.

With this award CAUBO said that it was recognizing the School as a driver of excellence in space management. 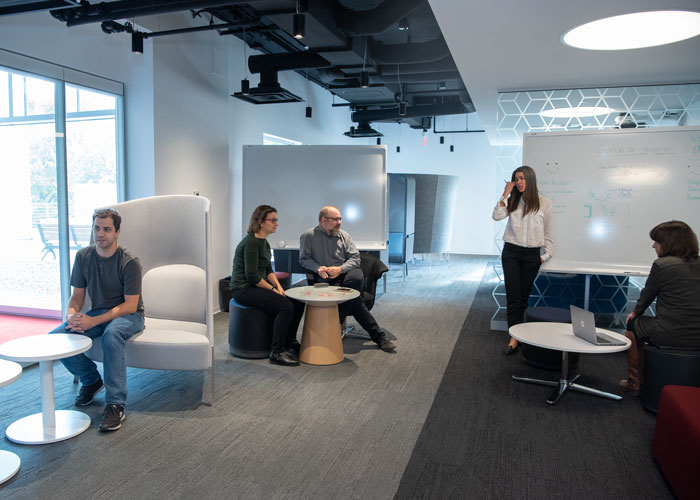 In 2016, the School set up a 525 m2 prototype space in its Côte-Sainte-Catherine building, so that it could be tested by community members. The new work environment reflects the design choices proposed by the School for its downtown building. Based on an open-plan concept and innovative technologies, it includes a multipurpose room, meeting rooms and collaborative spaces, all with cutting-edge equipment and furniture.

Since September 2016, over 200 employees and students have taken turns trying out this new environment, and have been encouraged to give their feedback, both positive and negative, on the experience. 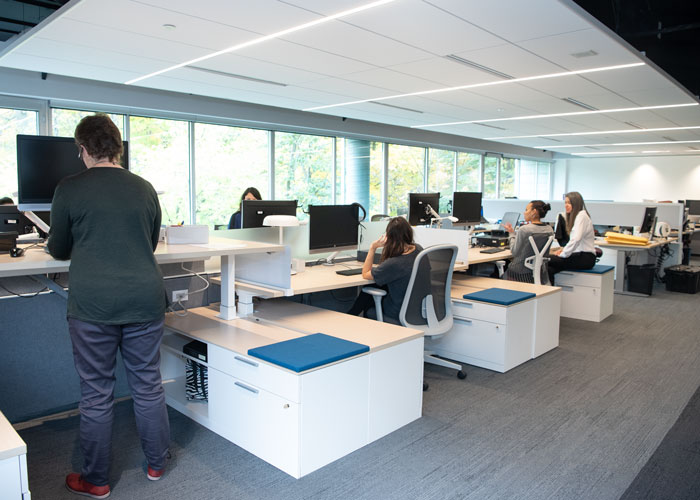 “The new downtown infrastructure will be a major change for employees, as compared with the existing facilities. Since this is a huge project involving substantial resources, it would have been unwise not to carry out this pilot project. It’s a small investment that promises big returns,” explained Loretta Cianci, Director, Campus Development.

Note that several teams, including the Information Technologies and Organizational Development and Change Management departments, all collaborated with the Campus Development Department on the pilot project.

The CAUBO Quality and Productivity Awards

The awards are based on three criteria:

These Quality and Productivity awards have been presented every year since 1987, to salute exemplary practices in higher education administration.

CAUBO is a non-profit professional organization representing the chief administrative and financial officers at over 100 universities and affiliated colleges in Canada. It strengthens the capacity of leaders in the sector by connecting them with peers and information, enabling them to pursue opportunities and create solutions for shared issues.

News > 2019 > HEC Montréal wins an award for its pilot project