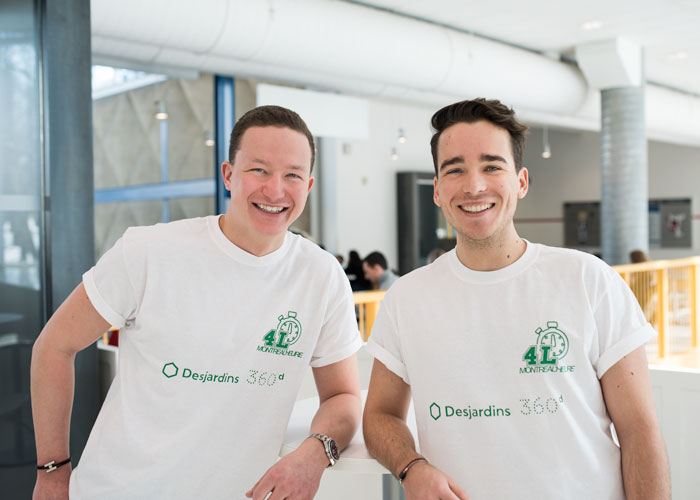 An HEC Montréal team that took part in the 4L Trophy rally turned in a remarkable performance, taking 6th place in the overall standings!

More than 1,100 teams of students ages 18 to 28, most of them from France and elsewhere in Europe, participated in this highly popular overseas event.

For Bachelor’s in Business Administration (BBA) students Charles Barbier and Hugo Soares, this was their first time participating in the rally, the last five legs of which are in the Moroccan desert.

Charles and Hugo left Biarritz, France, on February 21, in their “4L” Renault. They crossed the finish line in Marrakech, Morocco, on March 1, one day ahead of schedule.

Charles and Hugo drove about 500 km through the desert, without a GPS or any road maps. All they were allowed to use was a compass and the road book containing the instructions for each leg and very basic maps of the area.

The “Montréal’heure” team had aimed to finish in the top 50. “It’s not about how fast you go, but how steady you are,” Hugo says. “You have to reach the destination without exceeding the prescribed number of kilometres for each leg.”

In the end, their discipline and good planning allowed them to do even better than expected, completing each leg by 2 to 6 km under the goal.

“Hugo was really the pilot and I was co-pilot. The key [to our success] was properly studying the road book each evening before heading out. Also paying careful attention to the landscape around us so that we could position ourselves in relation to the road book, and knowing when to take short cuts when possible,” says Charles.

Helping children in the desert

Beyond the adventure, the 4L Trophy rally is a benefit event, held in association with the Enfants du désert organization and the Red Cross. Some time during the rally is spent meeting children living in the Moroccan desert, often in extreme poverty.

Charles and Hugo say that they greatly enjoyed meeting the children and that they were able to give them notebooks and pens supplied by Coop HEC Montréal.

4L Trophy rally entrants are expected contribute to a fund that goes toward building local schools and classrooms.

The two HEC Montréal students also had to fund raise to cover their close to $17,500 in expenses, including the entry fee and purchasing the car and airline tickets to get to France.

Various sponsors supported them, in France and Quebec, including Desjardins. HEC Montréal also gave them a leadership bursary. 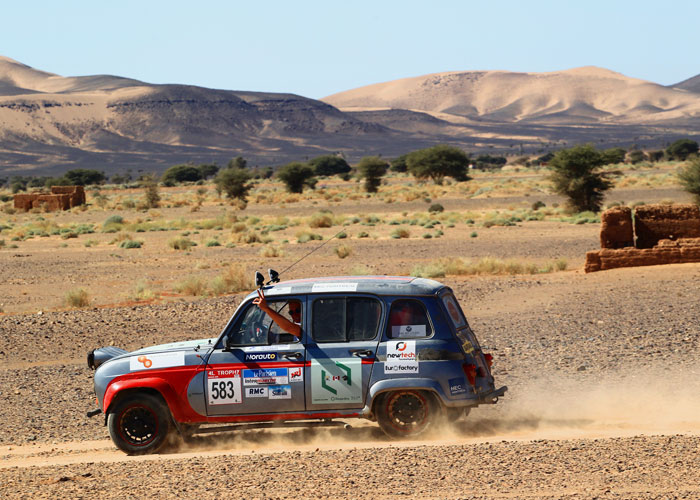 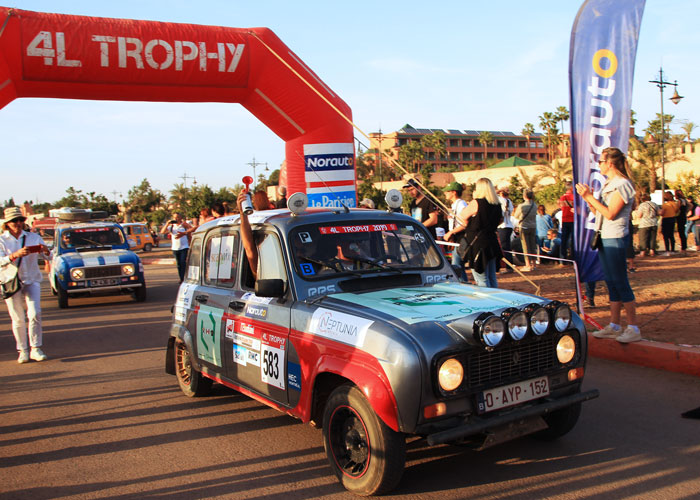