The rally participants left Biarritz, France, on February 15 and arrived in Marrakech on February 23, after crossing Spain and Morocco, including five legs through the desert. 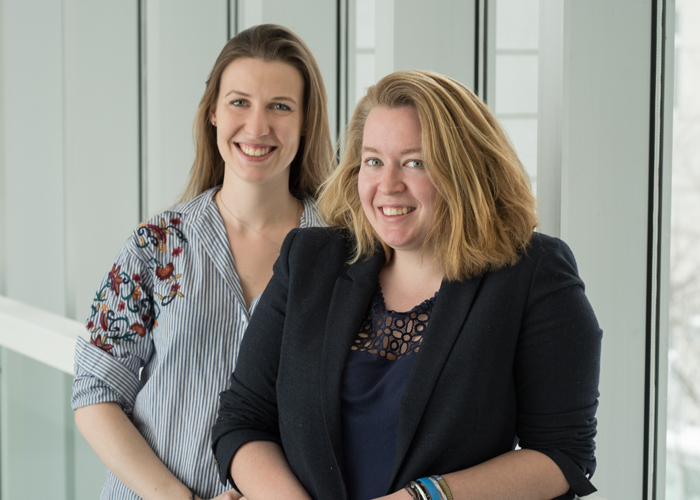 “We had to drive long distances on tracks through the sand and use a compass to figure out our route,” says Adélaïde, just a few days after crossing the finish line.

“Everything went really well. We were impressed by the solidarity among all the participants. When we had a mechanical problem with our car, several other people stopped to help us,” she adds.

Some 1,450 two-person teams – nearly 3,000 students in all – took part in this year’s edition of the 4L Trophy, the world’s largest international student rally. The event, now in its 21st year, depends on participants’ orientation skills rather than speed.

off the beaten track

This was the second time that an HEC Montréal team took part in the competition, but the first time that two female students from the School took on the challenge. Entirely female teams represented only 23% of all the teams in the 2018 edition.

“This was sort of a dangerous adventure for us. Two 3rd-year BBA students, on another continent and with little knowledge of car mechanics… It definitely took us out of our comfort zone. We were looking to get off the beaten track, push our limits and show that when you want to do something, you can,” explains Ariane.

“Not many people in Quebec know about the 4L Trophy rally, so this let us do something unusual to mark our last year of studies at HEC Montréal,” says Adélaïde.

They add that the experience was also an opportunity to put their project management skills to use, including the search for financial partners. The cost for rally entrants is more than $12,000. 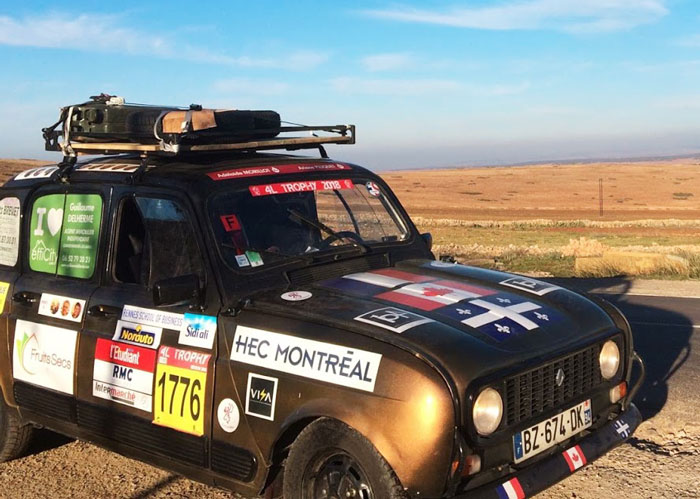 This was the second time in the 4L Trophy rally for the “Charibou,” the nickname given to the 1988 Renault 4L piloted by Ariane Pluquet and Adélaïde Morillot.