The PhD in Administration program celebrates its 400th graduate 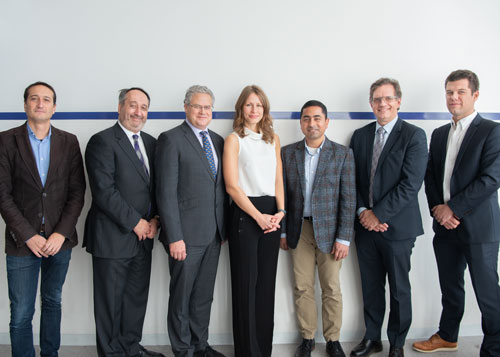 The HEC Montréal PhD in Administration program has reached an important milestone: its 400th graduate!

Ksenia Kordonsky successfully defended her thesis in Finance, entitled Social Responsibility, Ethics and Lawsuits: Three Essays on Corporate Wrongdoing and Do-gooding, at the School on November 8.

In Union there is Strength

The PhD in Administration program is offered jointly by HEC Montréal, Concordia and McGill universities and UQAM. Canada’s first PhD in Administration, it was designed by professors Bertin Nadeau and Henry Mintzberg. It was and remains a unique program, in particular thanks to the possibilities it offers students and the potential for advancing research.

The program gives students access to a vast pool of professors from the four partner universities: nearly 600, a number that even the leading American universities are hard put to match. This means that a huge variety of highly specific research topics can easily be supervised and developed. This is the advantage of a broader range of courses and greater diversity of expertise.

The four partner institutions also work in close collaboration. Students enrol at the university of their choice, but take courses at all four. In addition, committees supervising doctoral students must include at least one professor from one of the other three universities.

When it was launched, in 1975, the program naturally faced certain challenges. “American university colleagues told us that a PhD program run jointly by four universities would never work. It seemed too complicated,” recalls Jean-Marie Toulouse, former Director of HEC Montréal and the first Program Director.

Mr. Toulouse admits that it was sometimes difficult to co-ordinate the partners’ standards and methods, but says everything finally came together. “After 43 years and 400 graduates at HEC Montréal alone, we can certainly say that the program has proven itself,” he concludes.

This very first joint program for HEC Montréal paved the way for the introduction, just over 30 years later, of the Executive MBA, another program offered jointly by HEC Montréal and McGill University.

The PhD in Administration in a Few Figures

74% of graduates choose an academic career

130 students currently in the program at HEC Montréal

As is the case for most students in the PhD in Administration program, Ksenia Kordonsky was able to complete her doctoral studies and her research project thanks to scholarships.

In addition to the admission and excellence scholarships she was awarded by the HEC Montréal Foundation, Ms. Kordonsky received funding from the Fonds de recherche du Québec – Société et culture (FRQSC) and the Education and Good Governance Fund of the Autorité des marchés financiers.

News > 2018 > The PhD in Administration program celebrates its 400th graduate