As part of the Campus Montréal major fundraising campaign, HEC Montréal is pleased to announce the creation of the Deschênes | Molson | Lesage Family Business Centre, in the Entrepreneurship, Entrepreneurial Acquisition and Business Families Hub, thanks to financial contributions from the Deschênes, Molson and Lesage families.

“The Family Business Centre will inform, support, coach and assist family businesses in the planning and transition process, as well as in the governance and development of their businesses themselves,” says Professor Luis Cisneros, who leads the team that will oversee the Centre.

Jacques Deschênes, honorary Chair of the Board of the Deschênes Group, encouraged Claude Lesage, of the family-run Giant Factories company, to join the other donors and initiated the transfer of the Institut québécois pour les familles en affaires to HEC Montréal, where it has become the Deschênes | Molson | Lesage Family Business Centre.

Mr. Deschênes is very enthusiastic about the transfer. “What I find important is the continuity and stability gained by moving to a major institution like HEC Montréal. The Deschênes | Molson | Lesage Family Business Centre will be a sustainable, integral part of university life, while continuing to respect the mission it inherits from the Institut québécois pour les familles en affaires.”

According to Jacques Deschênes’ son, Martin Deschênes, now President and CEO of the Deschênes Group, their family’s commitment to the cause came naturally. “Quebec and Canadian prosperity depend on the engagement of families like ours in financially supporting initiatives like the Centre, and in sharing the reasons for our success. Family businesses play a significant role in the economy, so we are pleased and honoured to join forces with the Lesage and Molson families to support family businesses.”

Andrew Molson, Chairman of RES PUBLICA Consulting Group, and member of the Boards of Directors of Molson Coors Brewing Company and The Jean Coutu Group, concurs. “Our family is very proud to partner with the Deschênes and Lesage families in supporting HEC Montréal as part of the Campus Montréal campaign. Family businesses are the backbone of the North American economy, and the Centre will contribute to their sustainability and continuous improvement.” Mr. Molson also hopes that “the three families’ contributions to the Deschênes | Molson | Lesage Family Business Centre will inspire others to get involved and to support our universities.”

“HEC Montréal thanks the donors and intends to make this Centre the reference in terms of support and coaching for family businesses in Quebec and all other stakeholders in this field,” says HEC Montréal Director Michel Patry. 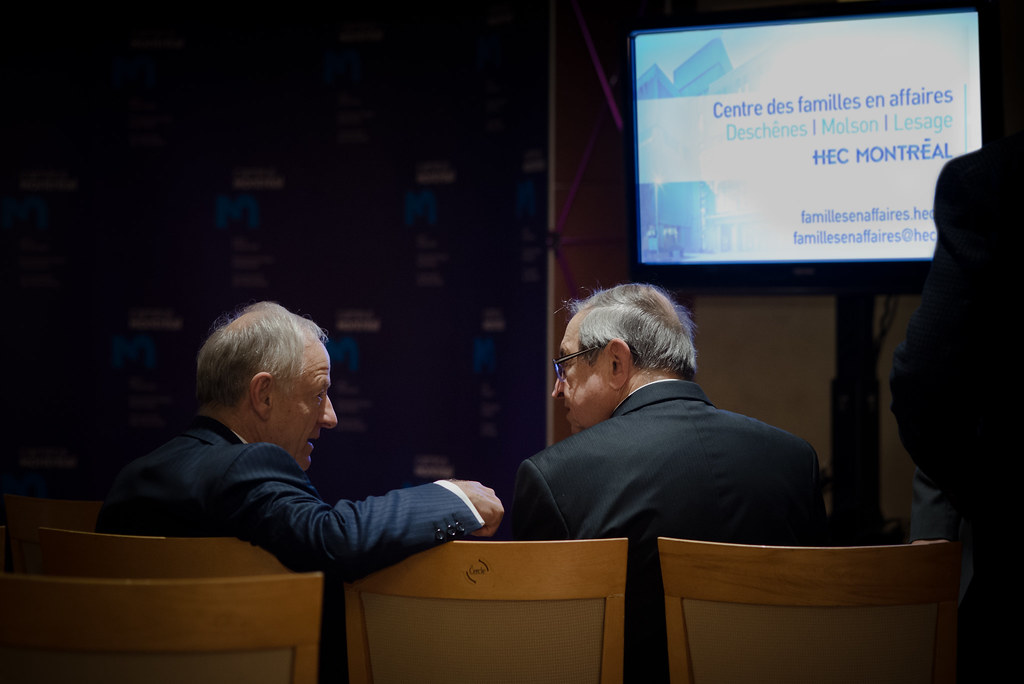