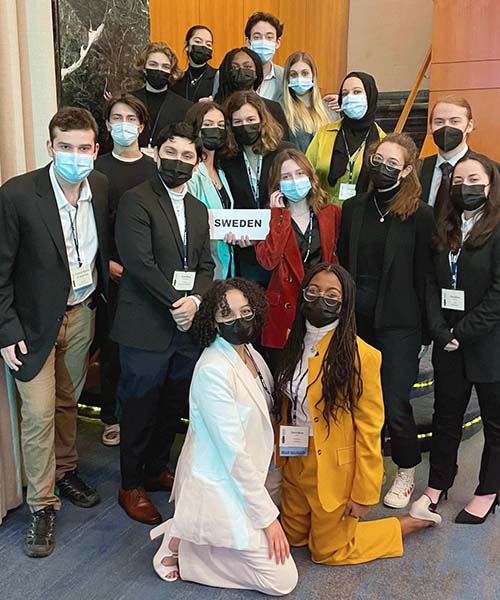 A student delegation from HEC Montréal performed remarkably in the National Model United Nations (NMUN), which was held from April 3 to 7 at the UN Headquarters in New York. It received 2 awards from the jury during this Model UN simulation.

The School’s team, entitled Team Géopol, which represented Sweden, and then the United States in the Security Council simulation exercise, won an Honorable Mention Delegation Award.

The NMUN simulation has existed since 1952. It attracts thousands of university students from all over the world. Over half come from outside the United States.

The University Competitions Service thanks all those who helped the team in its preparation and acknowledges the financial contribution of the HEC Montréal Alumni Association.

Teacher in charge of the team: Sébastien Bouthillier.

hec.ca > News > 2 awards for the School’s delegation at the Model UN simulation in New York