Six of the School’s students emerged victorious in the Quebec finals of Défi48, an entrepreneurship competition held by Desjardins and Rio Tinto.

The challenge issued as part of the province-wide student competition was to launch a profitable company in less than 48 hours, with an initial budget of $1.

Ophélie Mayol, Caleb Miller, Mathieu Morin-Lamy, Patrick Nassar, Raphaël Sauteur and Élisabeth Viau founded a company called Écozac. Earlier this summer, during the regional qualifications, the HEC Montréal team put their heads together and after a few hours came up with an original concept: transforming used textiles, meaning old t-shirts from their own wardrobes, into reusable bags.

The 6 team members then had to quickly shift from planning to execution, using simple means and tools borrowed from friends. While some of them started production, others worked on developing the brand image and the business strategy.

The company took form at the Quebec finals of the competition, held in Mont-Tremblant from August 18 to 20. Note that 2 members of the original team who couldn’t make it to the event were replaced in the final round by William Dupont and Ouchylon Suong. 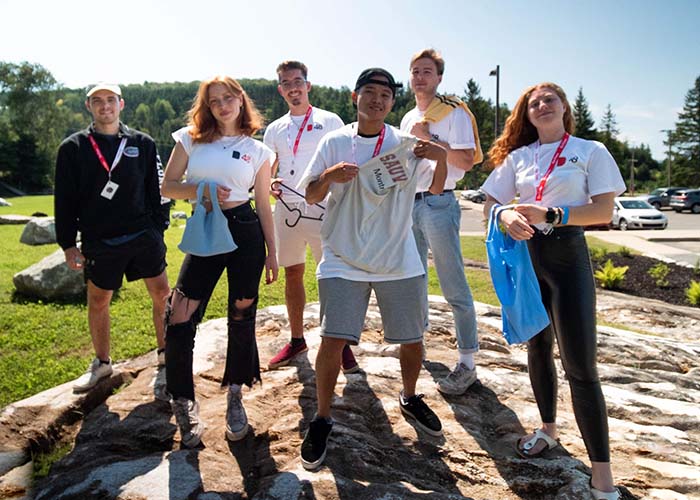 In this 2nd round, the Écozac team succeeded in showing its growth potential and promising future. The company also impressed with its striking visual campaign, a real hit on social media. Its shares skyrocketed by 79%, earning it first place in the finals.

“Our Écozac project stood out because of its environmentally responsible mission and a business strategy based on upcycling. Our goal wasn’t to provide a simple product or service, but to create an entrepreneurial movement using the concept of a circular economy, to take the place of the linear production-consumption-pollution model,” explain the team members.

This victory gives the group access to accounting and notarial services and coaching sessions, as well as a cash prize for completing their business launch, for a total value of $10,000.