Four students from the Bachelor of Business Administration (BBA – Finance specialization) gave a stellar performance at the Battle on Bay Competition, organized by the Ted Rogers School of Management at Ryerson University.

Jim Forget, Louis-David Lafontaine, Charles Péloquin and Léo Piché won 3rd place in this student investment competition which was held between March 17 and 19 in Toronto. They share a cash prize of $1,000.

Our representatives initially had 2 weeks to prepare an investment thesis regarding an action – in their case, the Canadian uranium producer Cameco. In other words, they had to draw up a document that recommends this investment after conducting research and analysis highlighting the expected profit.

They presented this thesis in front of a jury during the event in Toronto. The competing teams were also subjected to an additional simulation exercise which had to be solved within the space of only 2 hours.

The HEC Montréal team particularly stood out for the quality of its presentation and efficient time management during the simulation exercise.

The Battle on Bay event featured 13 teams from 12 Canadian universities. This was the first time that HEC Montréal participated in this annual competition. 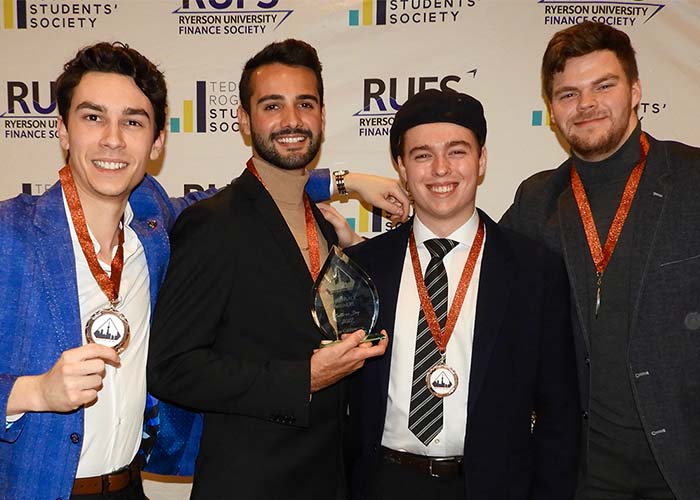 The School’s University Competitions Service would like to thank the HEC Montréal Alumni Association for its financial assistance.

Find out more about the Battle on Bay Case Competition