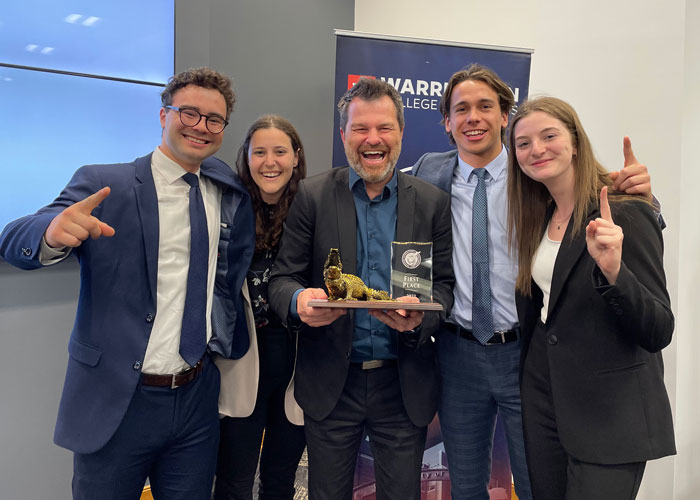 The School’s delegation outshone competitors from 13 other universities in this two-part case competition, climbing to the top of an international podium for the first time since 2017.

The teams had to solve 2 cases:

After more than 60 hours of work spread out over 5 days, the HEC Montréal team reached the finals on Saturday, facing off against Queen’s and Chulalongkorn Universities. They presented their solution to the 2nd case to senior management members of Baker Hughes.

Their realistic, inexpensive and original proposal, of employing a new technology used by cryptocurrency companies and encouraging a collaborative approach in the oil industry, greatly impressed the judges.

The coach of the winning team was Jean-François St-Pierre. The University Competitions Service wishes to thank the Association des diplômés de HEC Montréal for its financial support, which contributes to the success of the School’s delegations.