Alain Gosselin has been named a Professor Emeritus by HEC Montréal as a tribute to his outstanding contribution to teaching, research, and the development and renown of the School. This distinction is reserved for retired faculty members who were in the service of the School for at least 10 years.

His former colleagues in the Department of Human Resources Management enthusiastically backed his nomination, describing him in turn as a “great educator, a researcher with deep roots in professional circles, a builder, a leader, a generous and devoted colleague, and an ambassador for the School.”

An acknowledged expert in the area of strategic management of human resources and talents, Professor Gosselin devoted himself wholeheartedly to the development and success of his department and of HEC Montréal throughout his career of nearly 40 years.

Outstanding involvement in the School 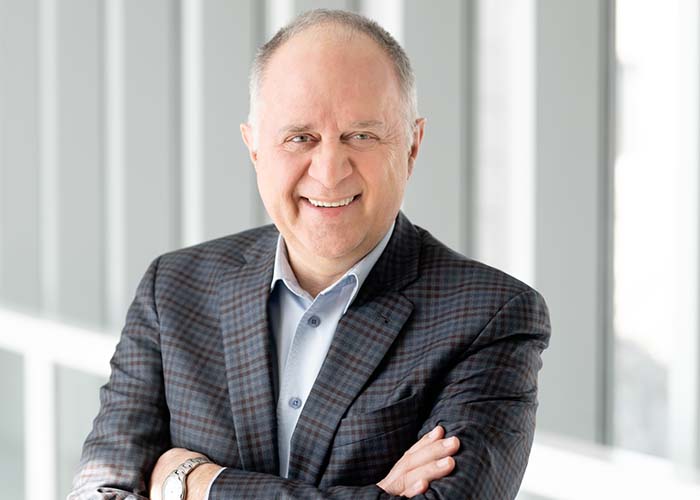 Over the years he developed many courses and played an active part in creating programs. Always concerned with providing quality training for future leaders, he supervised the work of more than 100 students and contributed to dozens of case studies. In 2007, HEC Montréal presented him with the Award for Teaching Excellence and, in 2012, the Esdras Minville Award.

A prolific author, he has many scientific articles, edited books and professional publications to his credit. He was also a member of the editorial committee of International Management magazine and Director and Editor-in-Chief of the Gestion journal.

Professor Gosselin sat on many committees and boards at the School, as well as serving as Director of the Department of Human Resources Management. Thanks to his vision and continuing efforts, he succeeded in building bridges between the academic and practice communities.

A consultant for various national and international companies, an exceptional communicator with a gift for making subject matter accessible, he has spoken at over 100 events and been invited as an expert to countless roundtables, symposia and seminars, and is frequently sought by the media for his insights.

He was the driving force behind the Quebec program to develop leaders in health and social services, and also worked tirelessly to make HEC Montréal a prime partner in executive education, particularly by playing a leading role in repositioning HEC Montréal Executive Education and as its Director from 2014 to 2017.

Even after he retired from teaching in 2019, he has continued to be involved with the School, as Director of the Collaborative Mindset module of the McGill – HEC Montréal EMBA, an advisor to the International Relations and Partnerships Department and a contributor to HEC Montréal Executive Education. He is also a member of the School’s Ambassadors Club.