The State of Energy in Quebec 2020: oil consumption still climbing

Unless it makes a drastic shift, Quebec will not be able to meet its targets for reducing petroleum product consumption and greenhouse gases emissions by 2030. So says the État de l’énergie au Québec 2020, an annual overview published on January 17 by the HEC Montréal Chair in Energy Sector Management.

“Current energy trends in Quebec are not reassuring,” worries the Chairholder, Pierre-Olivier Pineau. “Despite a number of significant initiatives, including transport electrification, the development of biofuels and electrolysis projects for producing hydrogen, Quebec continues to increase its consumption of petroleum products (+10% from 2013 to 2018) and there has been no decline in its greenhouse gas emissions since 2014.”

Growth in sales of petroleum products

Sales of light trucks in Quebec once again reached new highs, as did gasoline sales – exceeding 10 billion litres consumed in one year for the first time. This comes in spite of growth in sales of electric vehicles and the installation of recharging stations.

“Steps now being taken, including the carbon market, are helping Quebec reduce its use of fossil fuels and its greenhouse gas emissions, but are not enough. To succeed in making this shift, we must focus on transitioning to an economy that minimizes consumption and wasted energy, improves its energy productivity and encourages the circular economy,” emphasizes Pineau.

Some highlights of the 2020 overview 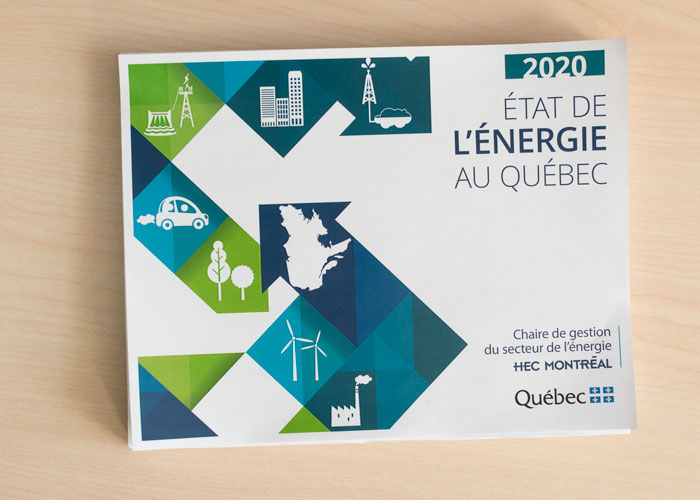 The 6th edition of The State of Energy was written by Johanne Whitmore and Pierre-Olivier Pineau, produced in collaboration and with the financial support of Transition énergétique Québec.