Professor Thai is completing a 5-year term at the helm of the JSBE, the scientific journal published by the CCSBE. She received the award at the annual CCSBE conference on October 16 and 17.

When she took over at the Journal, in 2015, the publication was facing a serious crisis. Under her guidance, the quantity of articles submitted, their number of citations and their download rate rose substantially, along with other indicators of the Journal’s credibility and quality. Other improvements were that the editorial committee’s decision-making time decreased by half and the acceptance rate for submissions fell from 50% to 25%.

“This award is a token of appreciation for 5 years of hard work. You could say that I took the helm of a ship in the midst of a storm and now it is making full speed on much calmer waters. I’m proud to be able to say that the Journal is now one of the top Canadian publications on entrepreneurship,” says Professor Thai.

Following this announcement, several of the Professor’s colleagues, at HEC Montréal and elsewhere, praised her unflagging efforts and the variety of steps and initiatives she put in place to restructure the JSBE. They included frequent contacts with authors, presence at university congresses, organizing development and support workshops for scholars, and recruiting new reviewers and distinguished associate editors.

The CCSBE also saluted Professor Thai’s overall contribution as a member of its board of directors over the past 5 years. 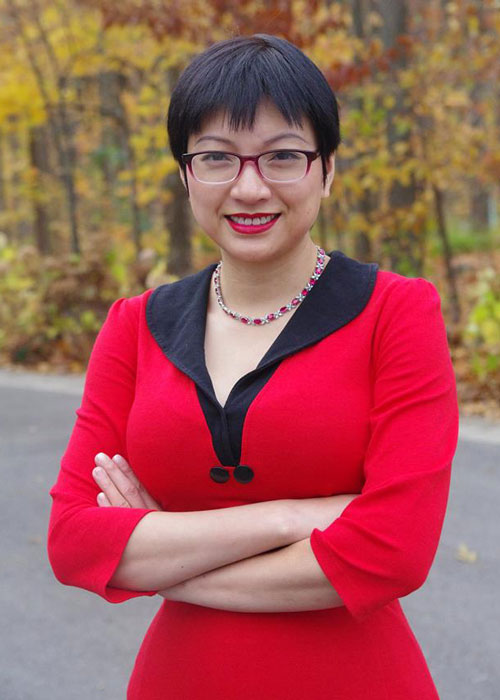 Professor Thai has a PhD in Management from the University of St. Gallen, in Switzerland. Over the course of her career, she has published many papers in peer-reviewed journals, edited two books, contributed to several chapters and made many presentations at university conferences. She has won a number of awards for her achievements as a researcher, educator and entrepreneur.

She is interested in the link between entrepreneurship and its socioeconomic, cultural and political contexts. More specifically, her research examines the determinants of new venture creation, social business models, mechanisms to create social impacts, and immigrant entrepreneurship.

Professor Thai is also the Director of the Social Business Creation competition, an international student competition focusing on the creation of social enterprises and the use of business models to solve social problems.