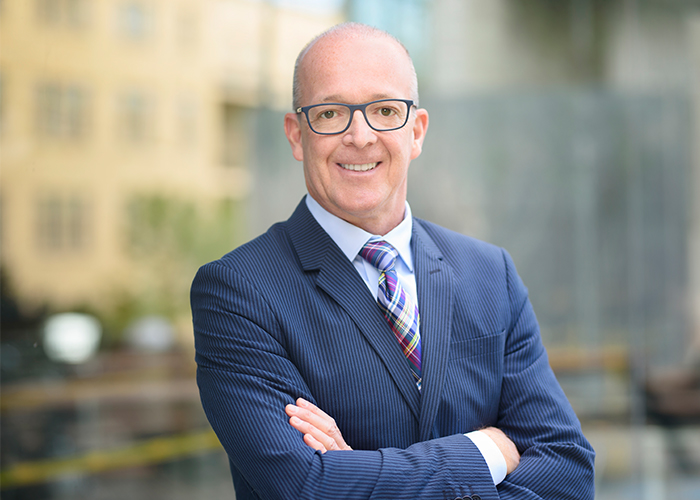 This year’s Pierre Laurin Research Award goes to Full Professor Guy Paré to salute his outstanding scientific career and his contribution to the School’s renown.

Professor Paré holds a PhD in Business Administration from Florida International University and a MSc in Administration from HEC Montréal. He has been a professor in the Department of Information Technologies since 1994 and, as an expert in IT applications in the healthcare sector, has been focusing on this crucial field for over 25 years.

The remarkable quality of his research work has made him one of the leading researchers in the country in this field, and one of the most influential on the international scene. It also led to his being named to the Canada Research Chair in Information Technology in Health Care in 2004, an appointment that was renewed in 2009.

He has now held the Research Chair in Digital Health since 2014. He was appointed Editor of the Journal of the Association for Information Systems in 2018 and, one year later, Program Director of the School’s PhD program and a Research Fellow at the CHUM research centre.

Professor Paré is concerned about the social repercussions relating to his research work, and has always considered it a priority to apply innovative IT solutions to concrete problems and to transfer knowledge. He was the first researcher to define the success factors for introducing home telecare and to evaluate its economic benefits, findings that led to massive investment in this area by the Ministère de la Santé et des Services sociaux in 2014.

Professor Paré has 122 articles published or to appear in such top-ranked journals as MIS Quarterly, Journal of Strategic Information Systems, Journal of the American Medical Informatics Association and Journal of Medical Internet Research. He has more than 12,400 citations on Google Scholar, with an h-index of 53. Moreover, his RG (ResearchGate) score of 37.0 ranks him in the top 5% of all members of this global network.

He has received 40 grants from leading Canadian research funding organizations and 18 research contracts with various organizations in the healthcare sector, for a total of more than $8 M. Over the years he has directed or co-directed 10 postdoctoral interns, 9 PhD students and 45 Master’s-level students.

A source of inspiration for his peers

Many of his peers salute his far-reaching contribution to the healthcare IT field, for example these two professors:

“I know of no other Canadian management researcher with such a powerful influence on the field of health IT.”

– Samer Faraj, holder of the Canada Research Chair in Technology, Innovation and Organizing at McGill University

“Professor Paré has addressed a particularly complex emerging issue, but one with critical implications for the future of Canadian society. […] His research findings on risk management of clinical IT projects and the clinical, behavioural, structural and economic impact of home tele-care have had important repercussions on theory and its application in this field.”

Lastly, note that the Pierre Laurin Award is one in a long list of distinctions received by Professor Paré over the course of his career, in particular:

Learn more about the Research Chair in Digital Health