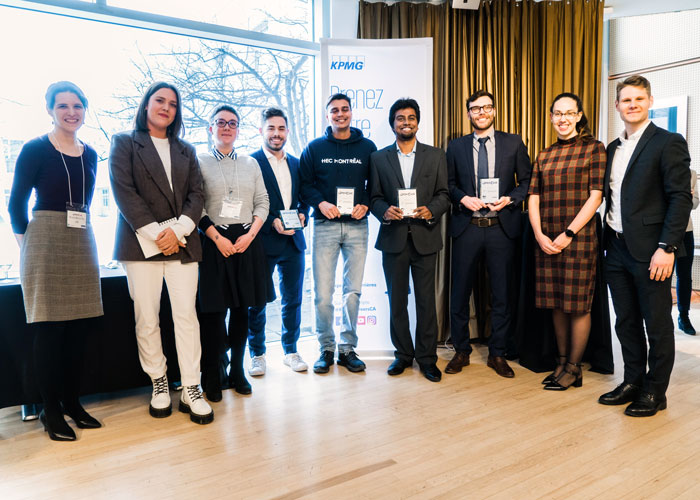 The business strategy competition, now in its sixth year, was organized by the School’s Club de consultation en management (CCM) in co-operation with KPMG, and brought together teams from HEC Montréal, Polytechnique Montréal and McGill.

The idea is to give participants a taste of the strategic consultant’s life. This year, their mandate was to create and implement a customer loyalty program for a company in the retail market, in order to boost its sales. They had 24 hours to prepare their proposal and present it to this company’s executives, representatives of KPMG and a HEC Montréal lecturer.

The winning team came up with an application including a self-financing program, in which revenues exceeding the target would be reinvested to pay for points, gifts and events.

To promote the app Quebec-wide, the four HEC Montréal students suggested partnerships with actual brands, two-thirds of them local. The team used only 80% of its initial budget, keeping some back for national promotion if it proved successful or to limit losses otherwise.

The jury was impressed with their in-depth analysis, their carefully planned finances and their original, practical ideas.

Note that the winning team was coached by Lecturer Sylvain Matte.