Geneviève Beebe, a student in the Master of Laws (LLM) – Taxation program, and Jennifer Magher, a Bachelor’s in Business Administration graduate (BBA 2012), were both selected to take part in the Dans les pas d’une ambassadrice contest organized by Business and Professional Women (BPW) Montréal.

The contest is open to female university students ages 18 to 35 who are aiming for international careers. They were flown to Paris from May 31 to June 6, to shadow two Quebec women who hold strategic diplomatic positions: Isabelle Hudon at the Canadian Embassy and Michèle Boisvert at the Délégation générale du Québec. Between June 3 and 6 they also visited Paris City Hall, the Secretary of State responsible for gender equality, the BPW France centre, and the offices of UNESCO and the Organisation internationale de la francophonie

The two winners were chosen for the quality of their applications. Both are keenly interested in international relations, and this gave them the opportunity to learn and to meet influential women who can serve as models for them in their careers. 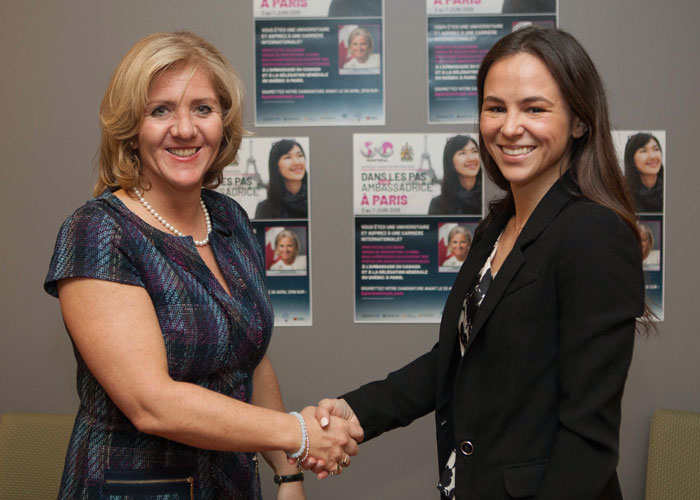 
“I was especially interested in seeing what it means to be a leader on the international scene. I was inspired by the leadership, ambition and devotion of the people we were fortunate to meet through this program. I particularly appreciated their diversity, allowing us to observe different approaches and ways of exercising leadership. Overall, these meetings underscored the importance of authenticity, of solidarity among women, and of commitment to our professional development.” 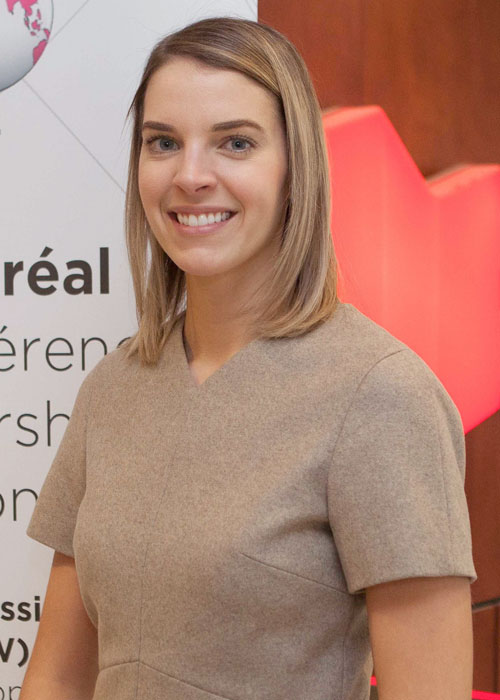 Jennifer Magher, who also holds a degree in Engineering from Polytechnique Montréal, has studied in Milan and Singapore and worked as an intern in Ouagadougou, capital of Burkina Faso. She is a member of the Board of Directors of Poly-Monde, an organization that every year sends 24 students on a mission to analyze the performance of and differences in a number of economic sectors in Canada and their host countries.


“For me, the BPW contest was a unique opportunity to learn about influential roles,” she explains. “I wanted to see how leadership and relational skills are employed to promote Canada and Quebec in France, and to advance major projects with an impact on international relations. I also observed the importance of giving back as soon as possible, in particular through mentorship, a valuable tool for helping others progress in their professional careers.”

Founded in 1938, BPW is an international non-governmental organization with 35,000 professional women members in 90 countries on five continents. In collaboration with the United Nations, it works to help women develop their potential, celebrate their achievements and promote fair and equitable working conditions.