Over 1,700 universities in 96 countries evaluated

HEC Montréal has once again fared very well in the U‑Multirank global ranking, which evaluated more than 1,700 universities this year, including 37 Canadian institutions.

The School earned very good performance indicators, including 13 “A” scores in the overall ranking. Universities were ranked according to a series of 29 criteria in 5 categories: 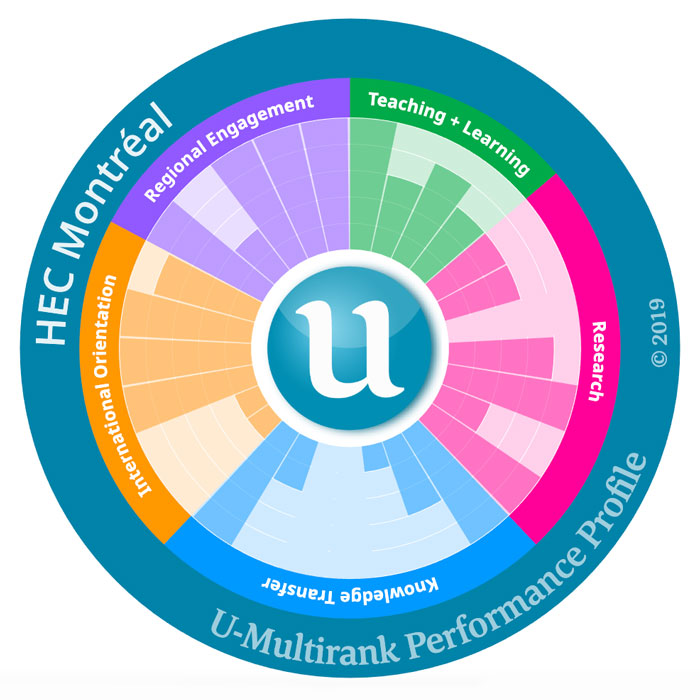 The School was given an “A” for its bachelor graduation rate.

The School earned the maximum score for its student mobility, the percentage of international academic staff and international doctorate degrees.

The School was also awarded an “A” for the percentage of its income derived from continuous professional development and private sources.

The School also turned in a good performance in the ranking by subject (business studies), where it received seven excellent performance indicators in the same five categories:

U-Multirank is a ranking carried out by CHERPA, an independent consortium made up higher education and research organizations. Its objective is to measure the excellence of universities worldwide, using a variet of criteria. No overall scores are given; instead, users can create their own personalized rankings using the criteria they choose.

The ranking is based on data provided by the institutions themselves, databases and surveys of over 100,000 students from participating institutions. This is the sixth edition since the ranking was launched in 2014.