New bridges between entrepreneurs in Quebec and China

The IEBN signs several agreements during the Quebec–China economic mission

The Institut d’entrepreneuriat Banque Nationale – HEC Montréal (IEBN) signed a series of agreements with partners in China, during a Quebec economic mission to that country between January 20 and 27.

The IEBN signed a bilateral co-operation agreement with the accelerator founded by HTC Vive, a world leader in virtual reality. The agreement will let Quebec startups receive support from this accelerator and give them access to the HTC Vive investment fund, to help them get a foothold in the Chinese virtual reality market. At the same time, Chinese entrepreneurs will be eligible for IEBN support to expand their market in Quebec.

Quebec startups in the clean-tech field will also be better placed to develop the Chinese market, thanks to a collaborative agreement between the IEBN and the Green Business Center incubator at Tongji University.

A framework agreement was also signed with the JC Group, a Chinese holding company active in a number of sectors, with one branch offering executive training.

The IEBN will provide training for entrepreneurs, executives and business leaders looking to operate in Quebec and China, including for the planned project to recreate the historic district of Old Quebec City in China. The tourism and residential project launched by JC Group is to be located in Qidong, a city across the river from Shanghai.

Lastly, the IEBN and Concordia University announced the opening of a space just for Quebec startups, on January 25, in Shanghai. The facility was inaugurated by Stéphane Billette, Minister for Small and Medium Enterprises, Regulatory Streamlining and Regional Economic Development. 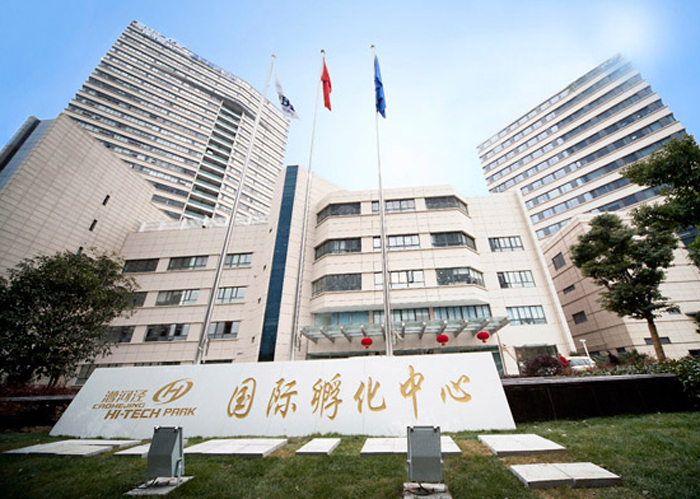 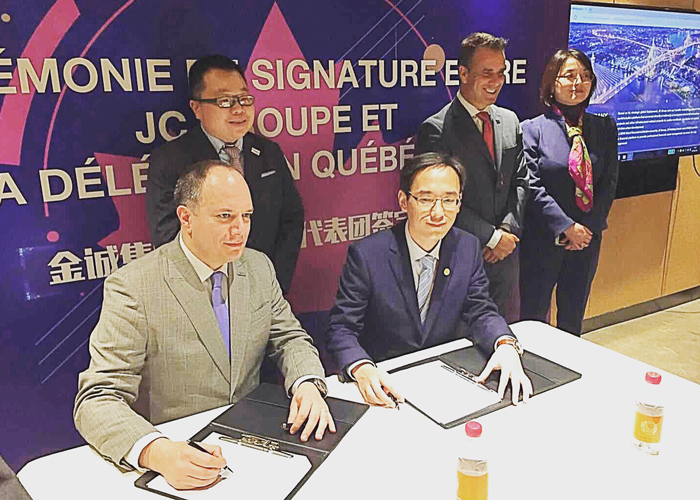 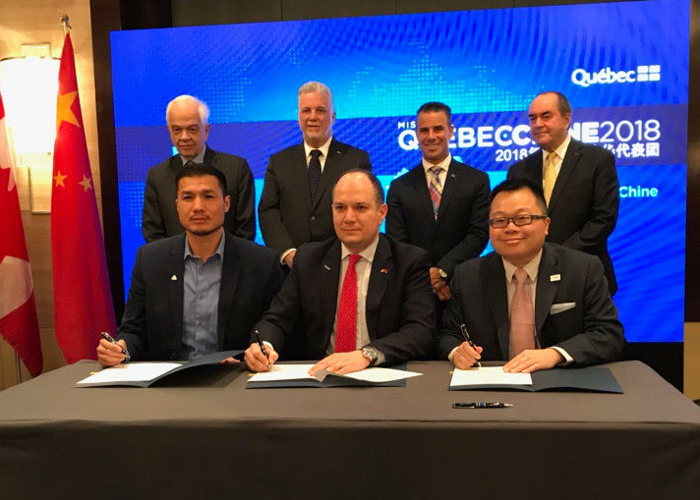 News > 2018 > New bridges between entrepreneurs in Quebec and China