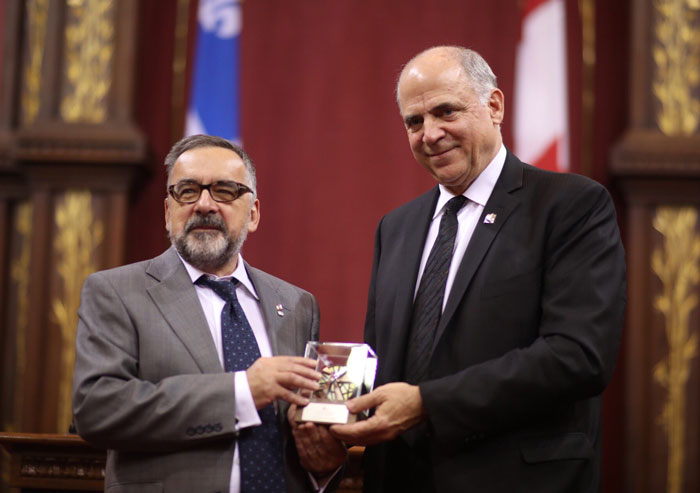 Professor Gilbert Laporte with the Minister of Economy and Innovation, Pierre Fitzgibbon.

Professor Gilbert Laporte has been presented with the 2018 Marie-Victorin award, the highest honour awarded by the Quebec government to a researcher in the field of engineering or natural science, outside of the biomedical field.

This distinction was presented at an official ceremony on November 21 at the Parliament buildings in Quebec City. The award includes a $30,000 cash prize and a silver medal created by a Quebec artist.

The Prix du Québec have been presented every year since 1977 to exceptional men and women in the fields of culture and science.

Professor Laporte is very pleased that the Quebec government presents these awards. “It’s tangible evidence of government support for scientific research,” he says.

A pioneer and international expert in distribution management

He has been an HEC Montréal Professor since 1976, and over the years has devoted himself to advancing research and knowledge in this field. He has focused on four areas:

For example, this has led him to work on improving delivery truck routes and better managing ambulance fleets. “All my work focuses on developing efficient solutions to complex management problems, in collaboration with my students and colleagues,” he explains.

His current research interests are oriented toward the optimization of routes, speeds, road usage periods, and business and consumer habits, all with the goal of reducing pollution caused by transportation.

Professor Laporte is also a highly prolific author: he has written or co-authored 19 books and over 500 articles. According to Google Scholar, he has 57,434 citations and an h index of 120. It’s no surprise, then, that Omega – The International Journal of Management Science proclaimed him the world’s most productive and influential author in the fields of operations research and management science.

His contribution also lies in his commitment to the many students he has helped to train in his field of expertise. He has supervised or co-supervised nearly 100 Master’s and PhD candidates.

This Marie-Victorin award is another in a long list of awards and distinctions he has received over the course of his career, including:

In addition to holding the Canada Research Chair in Distribution Management, Professor Laporte is a member of the Interuniversity Research Centre on Enterprise Networks, Logistics and Transportation (CIRRELT) and the Group for Research in Decision Analysis (GERAD). He has also been a Fellow of the Royal Society of Canada since 1998 and an INFORMS Fellow since 2005. 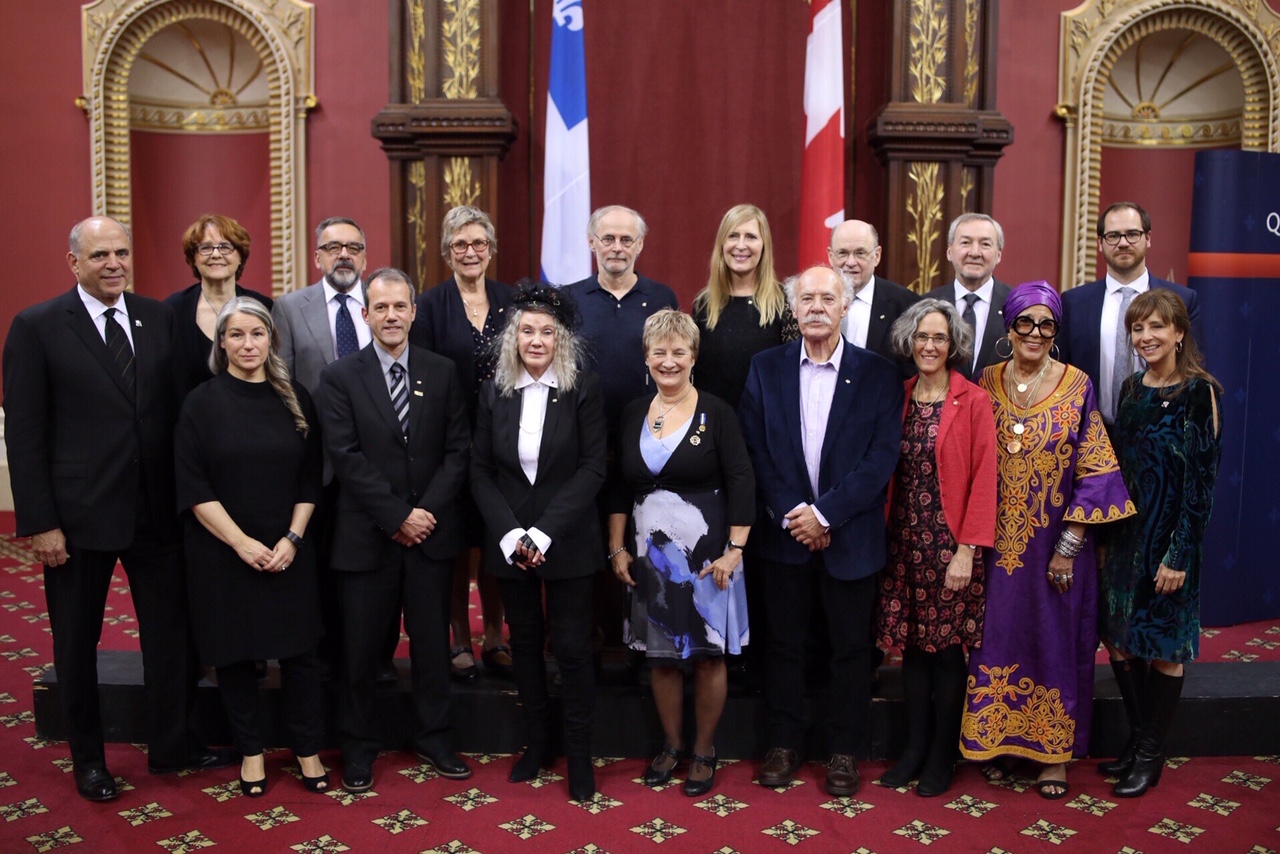 Gilbert Laporte (second row, third from left), flanked by the other 2018 Prix du Québec winners and by Pierre Fitzgibbon, Minister of Economy and Innovation, and Nathalie Roy, Minister of Culture and Communications.