Georges Zaccour honoured for his work on dynamic game theory 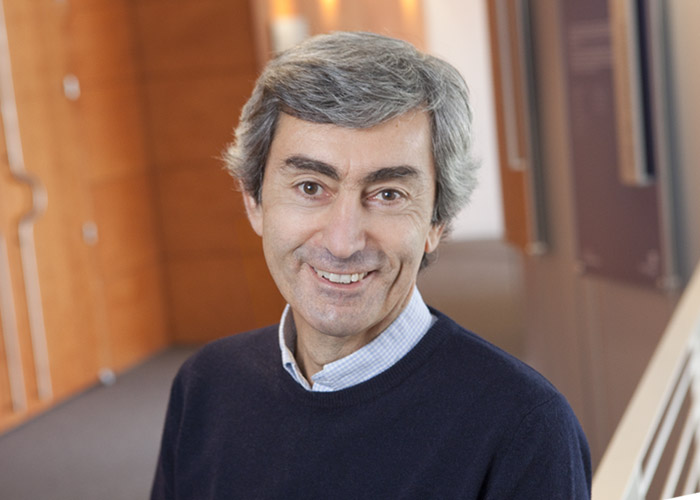 Georges Zaccour, a Professor in the Department of Management Sciences, is one of 2 winners of the 2018 Isaacs Award from the International Society of Dynamic Games (ISDG). This distinction was presented jointly to Professor Zaccour and Professor Andrzej Nowak, of Poland, at the biannual ISDG symposium in Grenoble, France.

The Isaacs Award has been presented every 2 years since 2004, by a jury formed of 4 former winners. It is intended to recognize the "outstanding contribution of 2 scientists to the theory and applications of dynamic games.”

Professor Zaccour says he is very pleased with this recognition. He has collaborated with the Society for 30 years now, and served as its President from 2002 to 2006. The ISDG brings together hundreds of scholars worldwide, from fields as varied as mathematics, engineering, economics and biology, who share a common interest in dynamic game theory (see the box below).

Professor Zaccour holds the Chair in Game Theory and Management at HEC Montréal. He has a PhD in Management Science and an MSc in International Business from HEC Montréal, and a Licence in Mathematics and Economics from Université Paris-Dauphine. He is a member and former Director of the Group for Research in Decision Analysis (GERAD), an interuniversity research centre, and has served as Director of the Marketing Department and the PhD program at HEC Montréal.

His research interests cover differential games, optimal control and operations research applied to marketing, environmental management and the energy sector, areas in which he has published more than 170 papers and co-edited fifteen volumes. He has coauthored two books: Differential Games in Marketing and Games and Dynamic Games. His research is regularly funded by the Natural Sciences and Engineering Research Council of Canada and the Social Sciences and Humanities Research Council of Canada. He is Editor-in-Chief of Dynamic Games and Applications and Associate Editor of several scientific journals. He is also a fellow of The Royal Society of Canada.

WHAT IS DYNAMIC GAME THEORY?

Dynamic game theory is the mathematical analysis of conflicts and co-operation between players in situations involving strategic interaction. Players may be competing firms to countries negotiating environmental agreements on reducing greenhouse gases, animals seeking a mate or even biological cells. “Strategic interaction” means that a player’s success depends not only on its own strategy, but on the strategies adopted by all the other players.

Dynamic game theory can be used to model situations where agents interact repeatedly and where the decisions made today (e.g., spending on advertising, promotional prizes, carbon emissions, investment in R&D, etc.) have an impact on the evolution of the system (e.g. the reputation of the firm and its brand, pollution, knowledge, etc.) and on players’ future success in reaching their goals.