Aurélie Labbe to direct a research project with Intact Insurance 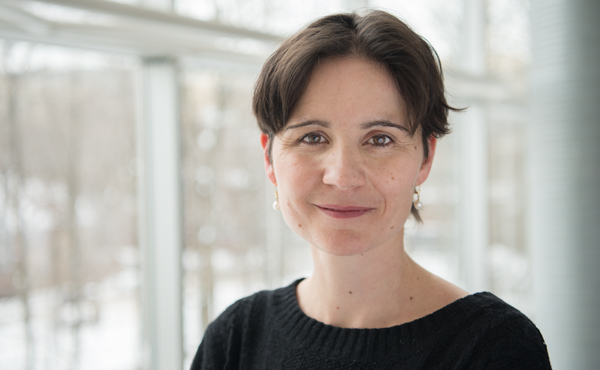 Some car insurance companies are now offering discounts to interested customers, based on the quality of their driving, in exchange for tracking their movements. Drivers use a device plugged into their cars or a downloaded mobile app to record their GPS data whenever they are behind the wheel. The companies can then analyze the data to determine their speed, the time of day, sharp cornering and braking – almost everything about their driving habits, in other words.

Such programs are popular with people who see them as a good way to save, but they are not yet widely used in Canada. The main drawback is the quality of the data analysis. However, a project by a team of data science researchers directed by Associate Professor Aurélie Labbe should help to vastly improve the approach by refining the underlying technology.

Professor Labbe, with the Department of Decision Sciences, recently received an Engage Grant from the Natural Sciences and Engineering Research Council of Canada (NSERC) to conduct the first phase of a research project with Intact Insurance.

Intact already offers a discount program based on driving habits that interprets data transmitted by drivers, to determine how risky their driving is. Ultimately, the research project directed by Professor Labbe will improve the company’s analytical model and allow it to better segment its customer base.

In the short term, however, the team must prepare massive quantities of GPS data – big data. The data received from drivers are inaccurate and need to be better contextualized before they can be interpreted. This is the objective of the current phase of the research project, which has just begun and should take 6 months.

Map matching makes it possible to correct the errors in the raw GPS data, to determine the actual route taken by a driver.

Professor Labbe and her team have embarked on an operation known as map matching, which involves “cleaning up” the errors that frequently occur in geospatial data. “The GPS signal is often off by one, two or three metres. It can sometimes look like a car is driving on the roof of a building or in the ditch, if you look at the raw data,” she explains. At this point, the researchers are building probabilistic models to establish realistic routes. They’ll have to start by comparing map-matching algorithms, in order to choose the best one for their purposes.

Professor Labbe and her team will need to do their own data collection, driving along a variety of routes through the streets of Montréal with a device to constantly track their vehicle’s position. By comparing the data collected by the device with their real routes, they’ll be able to establish the margin of error and see which algorithm allows them to best describe what actually happened.

“There’s always map matching to be done when you use GPS. What the user receives are the corrected data. Our research could make it possible to improve the overall accuracy of some GPS tools,” Professor Labbe says. She adds, “We won’t find one winning algorithm. A given algorithm may perform best on highways, but less well in large cities, for instance.”

The second phase of the project, once government funding has been confirmed, will allow the team to continue working with the company for several more months. At that point, Professor Labbe and her team will analyze the routes taken by some 350,000 users, or about 15 terabytes of GPS data. The methodology will be developed in phase 2, but their goal will be to come up with truly useful driving scores, to better distinguish good drivers from riskier ones.

Professor Labbe says that what makes the idea innovative is that it is aimed at more accurately assessing the real risk posed by each driver. “This makes it possible to replace the traditional method of setting insurance premiums based on age, sex or vehicle make,” she notes. 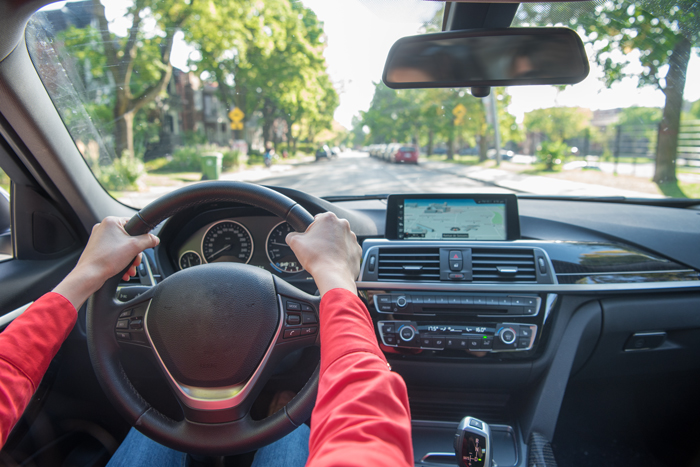 The project is being carried out under an existing partnership between Intact Insurance and the Institute for Data Valorization (IVADO), thanks to a $1 million subsidy from the company over five years. In return, Intact has access to expertise allowing it to optimize its operations, including its driver-habit discount program.

“We’re really interested in sharing. (…) [This type of partnership also] lets us make advances in areas where we aren’t as autonomous as we’d like. We think we’ll learn a lot from it,” explains Jean-François Larochelle, Senior Director of the Intact Data Lab.

Of course the company hopes to boost its expertise, to give it a leg up on its Canadian competitors and approach or even catch up with the technological development of some large US insurance groups that have already done extensive research in this area.

An insurer obviously has much to gain by being able to accurately measure the risk posed by its customers, but Mr. Larochelle says that the company is mostly aiming to better serve them. “Our approach is more to tailor our products so as to reward good customers.”

Aurélie Labbe is a mathematician and biostatistician. She holds a Master's in Statistics from the Université de Montréal and a PhD in the same discipline from the University of Waterloo. She has devoted over 15 years to developing statistical tools for big data, with applications in genomics and neuroscience. Her research interests today are intelligent transportation systems, especially in cities, in connection with traffic management and road safety. She joined the Department of Management Sciences at HEC Montréal in September 2016.