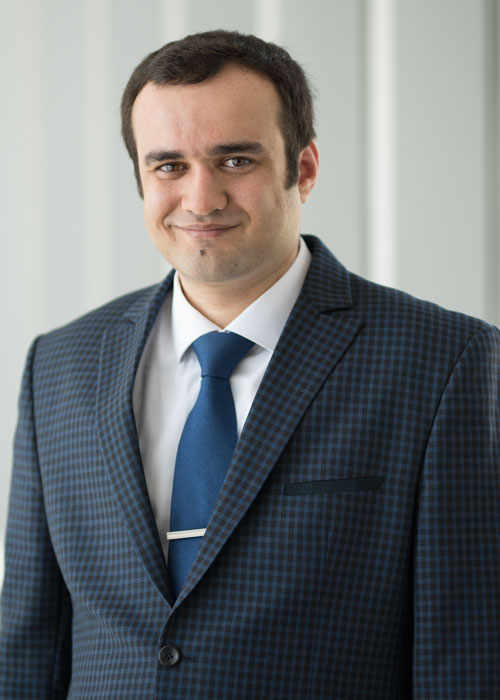 Doctoral student Amir Ardestani Jaafari, who has just defended his thesis entitled Linearized robust counterparts of two-stage robust optimization problems with applications in operations management, is one of two winners in the 2016 best thesis competition held by the Group for Research in Decision Analysis (GERAD).

His thesis, directed by Associate Professor Erick Delage, examines robust optimization, a topic that has attracted much attention in the scientific community over the past decade. The success of this approach in addressing uncertainty in decision-making problems is due mainly to the simplicity of the modelling process and the effectiveness of the available problem-solving methods.

Unfortunately, there are many situations, in particular when it comes to inventory management and facility location problems, where the second property is lost. Amir’s thesis looks more specifically at the tractability of robust optimization problems in this type of applications.

Amir also holds a Master’s degree and a Bachelor’s degree in Industrial Engineering from Tehran Polytechnic University (Iran). This not the first distinction he has won. In 2016, at the Annual Conference of the Canadian Operational Research Society (CORS), he received an honourable mention for “The value of flexibility in robust location-transportation problems,” in the student paper competition.

He also won the Esdras Minville (student) Award in 2017 from HEC Montréal, for that same paper, in addition to winning the same award in 2016, for “Robust optimization of sums of piecewise linear functions with application to inventory problems.”