Creation of a Higher Education Office in Montréal

HEC Montréal and other universities ink an agreement with the City 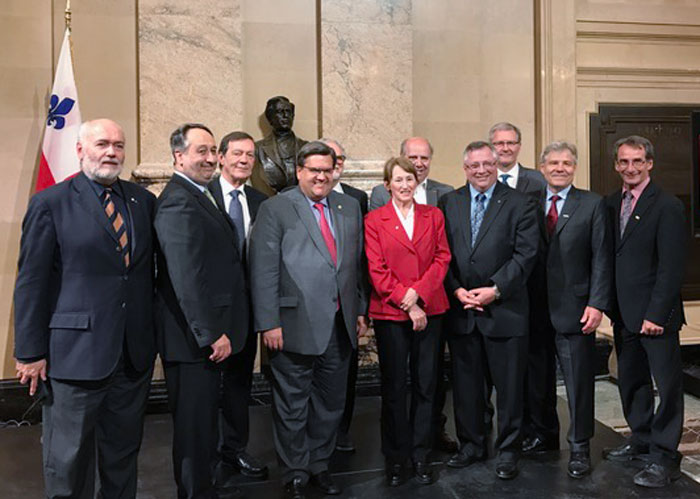 Higher education institutions, including HEC Montréal, have inked an agreement with the City of Montréal to set up a higher education office. The office will serve as a permanent bridge between the City and universities and colleges.

Director of HEC Montréal Michel Patry signed the agreement on June 16 alongside Montréal Mayor Denis Coderre and other rectors and higher education directors.

“Montréal is a city of learning, a hub of knowledge in Quebec, Canada, and even in North America. By signing this agreement, our universities become agents of our city’s economic, social and sustainable development,” declared Mayor Coderre.

The initial agreement will last five years. In addition to the creation of an office, the agreement stipulates that the City support higher education institutions in their infrastructure projects and in major research and knowledge transfer. The City will also pass on the concerns of colleges and universities to various levels of government.

Institutions will be called upon to use their knowledge to help solve some of the City’s various problems, take part in certain economic, social and cultural development missions led by the Mayor, and strengthen Montréal’s position as a city of knowledge, culture and innovation.

News > 2017 > Creation of a Higher Education Office in Montréal