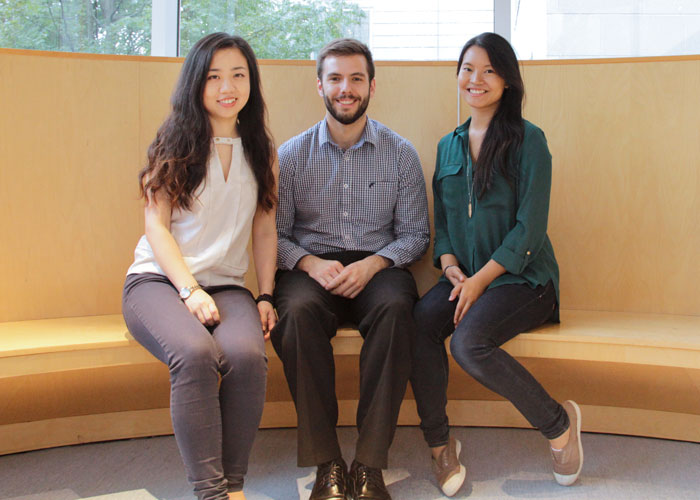 The Battlejuice team from HEC Montréal took first place in North America in the qualifying round for the case competition held by APICS, the American Production and Inventory Control Society. The team of Master’s students Aurélie Pham, David Rainard, Qichen Zhou and Maud Gruau will now head to the APICS TFC Global level, the world finals in this competition, to be held in San Antonio, Texas, in October 2017.

Every year, the APICS competition gives teams of Master’s-level students the opportunity to show their skills in a logistics and operations management case involving a fictitious company. An estimated 3,000 students around the globe enter the competition every year.

The HEC Montréal team took part in the online simulation starting in fall 2016 and achieved the best results for North America at the conclusion of the three qualifying rounds, spread throughout the 2016–2017 school year.

The Battlejuice team not only outperformed the other more than 100 competing North American teams, but also made a stunning comeback during the competition, as they had ranked near the bottom at the beginning of the simulation. “It all really came together in the third round. We were pleasantly surprised by our results,” said Aurélie Pham.

Our winners trained hard and are continuing to prepare for the grand finale, in particular with the help of Assistant Professor Yossiri Adulyasak, from the Department of Logistics and Operations Management, and former APICS winner Stewart Soh.