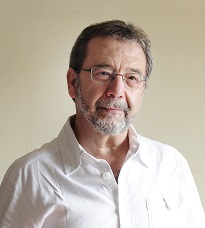 Professor Emeritus Jean-Charles Chebat recently joined the highly selective Hall of Fame of ESCP Europe, the world’s very first business school, founded under Louis XVIII in 1819 by liberal economic scholars and businessmen, including the celebrated Jean-Baptiste Say. The school is one of the most respected in Europe.

Among the thousands of alumni of this Parisian school, the Hall of Fame has only about one hundred members. And only one other of them is an academic: Michel Wievorka, Academic Director at the École hautes études en sciences sociales and a member of the same graduating class as Professor Chebat (1968). The very prestigious group includes leading politicians like Jean-Pierre Raffarin, Michel Barnier and Pierre Levy, but primarily presidents and CEOs from such firms as Deloitte, Adidas, J.P. Morgan AM France, Cartier, Pernod Ricard, Arthur D. Little and Nintendo.

This International recognition comes on top of the many other honours Professor Chebat received throughout his career. Among other distinctions, he was the first marketing professor appointed to the Ordre national du Québec and elected to the Royal Society of Canada, as well as the first to receive the Acfas – Jacques-Rousseau award. Professor Chebat was also the first researcher to twice win, in 2004 and in 2011, the Leaders in Business Research and Practice award from the SPROTT School of Business, for a Canadian or international researcher in the field of management.

He is a Fellow of several scientific societies, and also received the 2011 Marketing Trends Award, a mark of international recognition for his overall achievements in the field of marketing, as well as an Honorary PhD from the Université de Rennes. In 2005, he received the Sir John William Dawson Medal from the Royal Society of Canada, in recognition of his eminent and sustained contribution to multiple domains of interest to the Society. In 1997 and 2003, he won the HEC Montréal Pierre Laurin award for excellence in research. And in 2013, he was awarded the Grand Prize for Teaching Excellence, the Jean Guertin award, for the quality and impact of his teaching.

Professor Chebat was named a Professor Emeritus in November 2015. He joined the School’s Marketing Department as Full Professor in 1996. He held the Omer DeSerres Chair of Retailing from 1996 to 2005, and then the Chair of Commercial Space and Customer Service Management from 2005 to 2014. Under the general theme of consumption, he studied the psychology of consumption environments, time psychology, human cybernetics, advertising semiotics and the paradoxical behaviour of dissatisfied customers. He has published six books and 344 papers, cited in 200 different scientific journals.