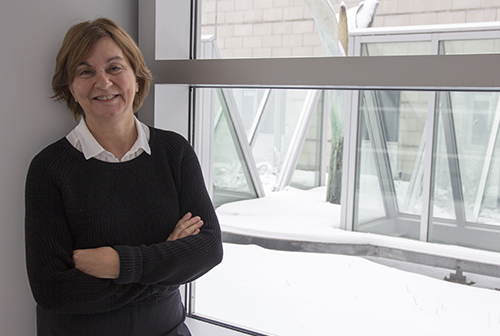 Full Professor Suzanne Rivard (Information Technologies) has been awarded an honorary PhD from Aix-Marseille University in recognition of her work and her contribution to science.

Aix-Marseille University is the world’s largest French-language university in terms of its budget and student enrolment. Professor Rivard served as a guest professor there in 2015, with the Centre d'Études et de Recherche en Gestion d'Aix-Marseille (CERGAM).

“If one measures a person’s qualities by their long-term impact, then Professor Rivard has a great many qualities. Her sage advice still informs many of our department’s policies today,” noted Professor Serge Amabile, co-head of the CERGAM.

Professor Rivard holds the Chair in Strategic Management of Information Technology at HEC Montréal and is a member of the Royal Society of Canada and a Fellow of the Association for Information Systems (AIS). She is also a member of the Research Group on Information Systems (GReSI), a Fellow of the Centre for Interuniversity Research and Analysis on Organizations (CIRANO) and a past Senior Editor with the Theory and Review Department of MIS Quarterly.

A pioneer in many areas and an avant-garde researcher, Professor Rivard is highly influential in her field, in particular risk management for IT projects, contracting out, business process transformation, and IT implementation and strategic management.

She has supervised 14 PhD dissertations and over 50 master’s theses.