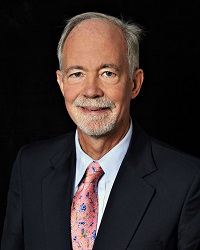 David M. Malone, Under-Secretary General of the United Nations (UN) and Rector of the United Nations University (UNU) in Tokyo, was named a Distinguished Alumnus, an honour granted jointly by the School and the Association des diplômés de HEC Montréal at the annual alumni reunion on April 7. He was recognized for his exceptional contribution to raising Canada’s profile in the world.

A few highlights of his remarkable and unusual career:

And that’s not all!