The awards ceremony took place on Tuesday, April 5, at the Salon urbain in Place des Arts, in the presence of François Colbert, holder of the Carmelle and Rémi Marcoux Chair in Arts Management. 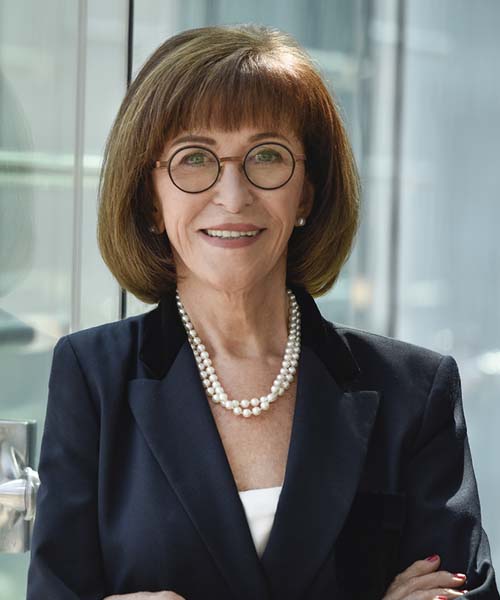 Madeleine Careau received the Career Award, which recognizes the outstanding contribution of a manager with at least 20 years of experience. This award, given annually, was created by the Chair 10 years ago. It comes with a cash prize of $5,000. 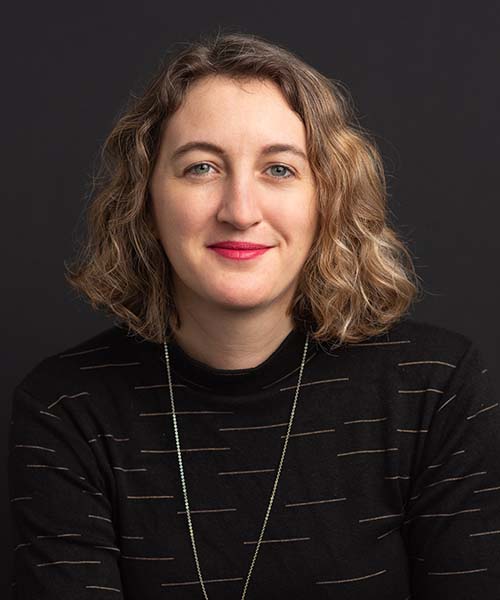 Rachel Billet won a newly created award entitled the Young Cultural Manager Award. This recognizes a major achievement by an individual with more than 5 years of work experience and comes with a $1,000 cash prize.

A nomination process followed by an evaluation and selection by a jury comprising personalities from the arts and cultural management community culminated in the awarding of these two prizes.

While presenting the Career Award to Madeleine Careau, the jury saluted “her long career dedicated to the performing arts, her resilience based on teamwork, her ability to forge lasting partnerships, as well as the renown she has given to Montréal on an international scale.”

While presenting the Young Cultural Manager Award to Rachel Billet, the jury highlighted “her commitment to providing network services that are focused on customer satisfaction, principles of agility and continuous improvement. By encouraging growth within a social economy organization, Rachel is one of the young cultural managers who have truly integrated the principles of continuous adaptation, inclusive governance, and collective intelligence into arts management.”

After studying political science at Université Laval, Madeleine Careau began her career at the Orchestre symphonique de Québec and the Festival d’été de Québec. In 1979, she founded the Association québécoise de l’industrie du disque, du spectacle et de la vidéo (ADISQ), a milestone for the singing community. After stints at the Ministry of Culture, Télévision Quatre-Saisons (now Noovo) and the Just For Laughs Festival, she led the creation of Luc Plamondon’s and Richard Cocciante’s Notre-Dame de Paris in 1998.

In 2000, she took over as CEO of the OSM, fulfilling the fourfold challenge of getting the organization back on track after the departure of conductor Charles Dutoit, absorbing the accumulated deficit, contributing to the construction of the Maison symphonique de Montréal, and promoting the OSM around the world, thanks to an endowment fund whose value is now close to $100 million, one of the largest in Canada. Lastly, she heads the selection process that brought conductors Kent Nagano and Rafael Payare to Montréal.

Rachel Billet’s diverse experiences sensitized her to the huge administrative fragility of small artistic organizations, and they were in fact instrumental in making her contribute, along with the co-founders and Pablo Matos, to the 2016 public launch of the Machinerie des arts, an organization dedicated to the performing arts and hybrid practices. Through the Machinerie des arts, she implements, upholds, and promotes innovative and flexible solutions (including Toolbox and Support Units) that meet the development needs of creative companies.

Two other awards were presented on April 5 along with the Cultural Management Awards. These were the ARDI Awards for innovation in cultural philanthropy. These awards are a joint initiative of the Carmelle and Rémi Marcoux Chair in Arts Management and Brigade Arts Affaires de Montréal (BAAM). They salute the philanthropic initiatives of business community members and cultural managers aged 40 and under. This year, BAAM and the Chair hailed the initiatives of Simon Painchaud, in the young business leader category, and Jean-Frédéric Charon, in the cultural manager category.

More information on the ARDI Awards (in French only)