Quebec must do more to make the energy transition

2019 edition of the report on energy in Quebec released 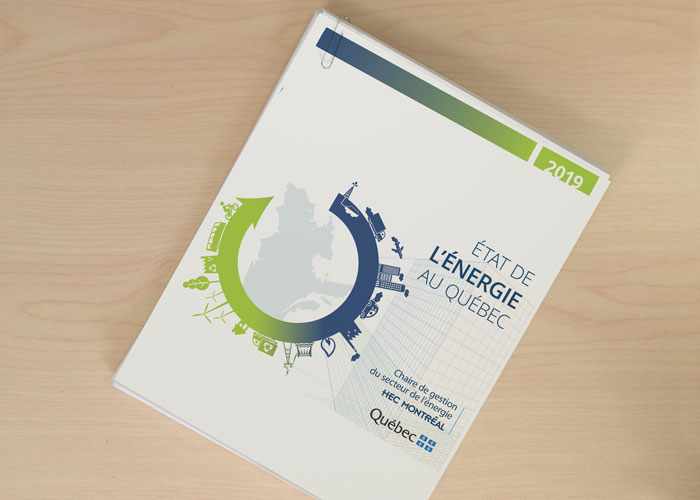 Quebeckers are clearly keen on the concept of the energy transition, but their energy consumption habits prevent them from actually making it. Quebec society will have to more closely co-ordinate its efforts to achieve its energy transition, fight climate change and encourage sustainable mobility if it really wants to reduce its greenhouse gas emissions.

This is the conclusion of the 5th edition of the État de l’énergie au Québec, an annual report written by Johanne Whitmore and Pierre-Olivier Pineau of the HEC Montréal Chair in Energy Sector Management, in co-operation with Transition énergétique Québec. The report compiles the latest data on the energy sector at a time when Quebec is aiming for a low-carbon economy.

The co-author of the report and holder of the Chair, Professor Pierre-Olivier Pineau, notes that there is a paradox when it comes to energy and efforts to fight climate change:

“On the one hand, Quebec is the envy of its neighbours, with close to 50% of the energy used here coming from renewable sources and surplus clean electricity available for export. But on the other hand, Quebeckers continue to invest record amounts in buying more and more large gas-guzzling vehicles and larger and larger homes – tendencies that make it harder to reach the targets that the government set, i.e. to reduce consumption of petroleum products by 40% and greenhouse gas emissions by 37.5% by 2030.”

The growing popularity of electric vehicles may appear reassuring, but as Professor Pineau emphasizes, “If Quebeckers are driving huge numbers of these cars by 2030, it will become more difficult to manage peak demand in the electricity distribution network. The pricing structure will absolutely have to be reconsidered, to keep the power network running smoothly and respond to the penetration of new technologies.”

The report’s authors feel that initiatives such as the carbon market and the province’s 2018–2023 energy transition, innovation and efficiency master plan can help Quebec reduce its use of fossil fuels and greenhouse gas emissions. But “to make this transition successfully, we will have to strive for an economy that minimizes energy losses and improves productivity”, he notes.

News > 2018 > Quebec must do more to make the energy transition