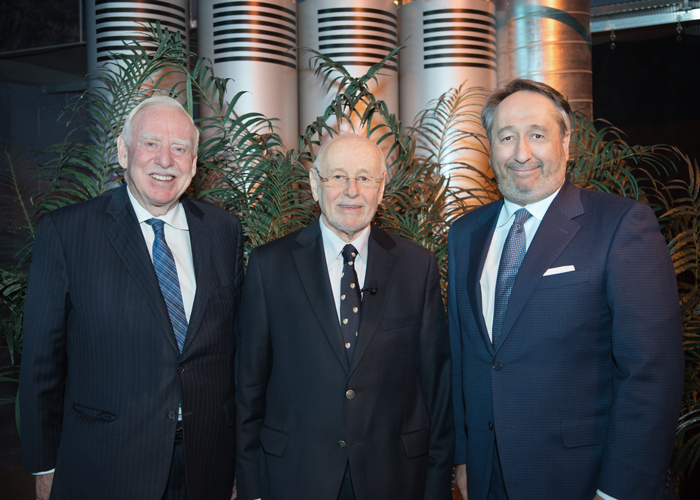 The winner of the 2017 Gérard Parizeau Award is Jacques Légaré, Professor Emeritus of Demography at the Université de Montréal.

The prestigious award, accompanied by a cash prize of $30,000, recognizes his exceptional contribution to fostering better understanding of the demographics of Quebec and the rest of Canada, and more specifically the economic and social impacts of an aging population.

Professor Légaré was invited to deliver an address at the award ceremony at HEC Montréal, on October 4. He spoke on the theme of demography over the past five decades: an evolving science that lets us analyze the changing behaviour of Quebec society.

A few words about Jacques Légaré

A Professor Emeritus, still active at the Université de Montréal, until just recently Jacques Légaré was a co-researcher at the Social and Economic Dimensions of an Aging Population Research Program (SEDAP), at McMaster University, and a consultant to the Population Activities Unit of the United Nations Economic Commission for Europe (UNECE), in Geneva.

About the Gérard Parizeau Fund

The Fund presents the Gérard Parizeau Award to researchers, professors or other leading lights in the fields of management, economics or history, in recognition of the value and originality of their thinking and their work.