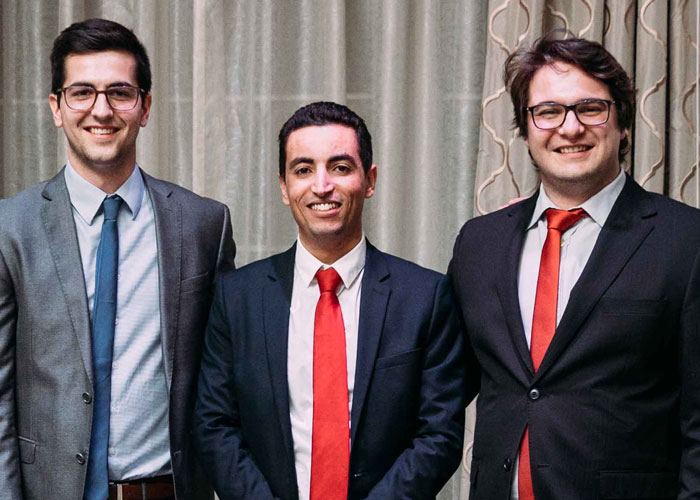 Competitors had to come up with a portfolio management strategy for a defined benefit pension plan. The case required that they find a solution for an undercapitalized fund, a common problem in today’s market, meaning that the value of the assets in a fund is insufficient as compared with the current value of future pensions payable.

The winning team impressed the judges with their three-layer investment strategy, including a first portfolio of bonds and two layers of derivative portfolios, with the second focusing on high returns and the third, on controlling the risk created by the second.

They also applied their knowledge of economics and financial engineering to create an algorithm for calculating the probability of reaching full capitalization by the deadline and, if applicable, to estimate any injections required.

The jury, made up of executives from Canada’s leading pension funds, saluted the winning strategy’s originality and ingenuity. The creative solution proposed by the HEC Montréal team even earned them interviews in specialized Canadian and American media. A number of financial institutions also approached them to discuss future employment possibilities.

Note that a second HEC Montréal team also entered the competition and reached the semifinals. Both teams were coached by Professors Martin Boyer and Philippe d’Astous.

This very first edition of the MIPC drew teams from universities worldwide, including the United States, Asia, Europe and Australia.