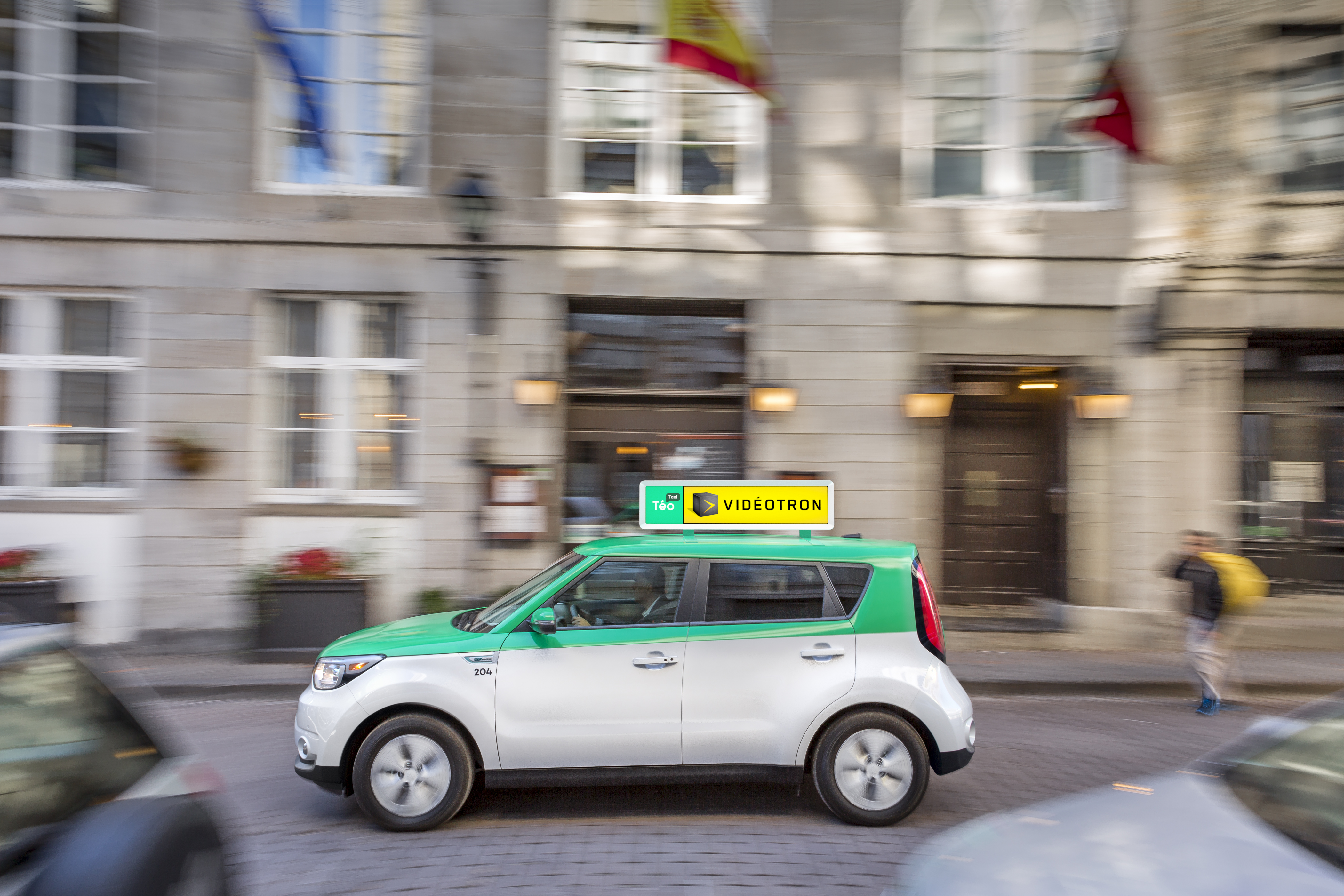 Drawing on his background in information technologies, businessman Alexandre Taillefer is once again applying their incredible potential, this time to revolutionize a very conventional world: the taxi industry. Researchers at HEC Montréal are currently working on an application based on big data processing, which should allow his Téo Taxi business to serve more customers with the same number of employees.

This research project is a perfect example of the type of initiatives supported by IVADO, the Institute for Data Valorization, and which are making Montréal a world leader in big data mining.

Professor-researcher Jean-François Cordeau, holder of the Chair in Logistics and Transportation at HEC Montréal, and Master’s student Charly Robinson La Rocca explain exactly what they are working on.

First of all, remember that Téo Taxi is Canada’s first fully electric taxi company. It has a fleet of 135 cars, which have to “fill up” at 9 charging stations around Montréal Island. Unlike conventional taxi companies, these cars belong to Téo Taxi and drivers are salaried employees. It is always the company that decides which driver will take what fare. Although a Téo taxi can be hailed in the street, most customers use a mobile application. All calls submitted via the app are sent to an automated dispatching system. And this is where the two researchers’ know-how comes into play, to improve the system’s performance.

“Our work involves developing decision support tools (algorithms) to improve fleet management and customer service,” says Cordeau. “The system has to process all kinds of data on the state of the fleet in real time: car movements, new calls, traffic congestion, driver availability, etc. It all adds up to a huge amount of information that we can use strategically to improve decision-making.”

1- Dispatching – He developed a simulator to determine which driver should be assigned to which call, as efficiently as possible. The system applies established rules to a range of variables (car location, driver availability, distance to be travelled, traffic congestion, etc.) to arrive at the best choice. When a call comes in, it can be assigned to the closest available driver – but the system will also consider whether it might be more efficient to assign the call to a driver who is about to drop a fare near the new Customer.

“The ability to anticipate the state of the system to assign cars that are already in use is highly innovative,” maintains Cordeau. “In the taxi industry there aren’t any companies that not only have this information, but are equipped to use it in this way. In terms of performance, the system supports decision-making and is so powerful that data can be refreshed every five seconds. That means true real-time management. The ultimate goal is to respond to as many calls as quickly as possible, so as to increase both company revenue and customer satisfaction.

2- Car autonomy—Since Téo uses electric cars, it has to make sure that they don’t run out of power just when there are plenty of calls coming in. The application can track cars’ charge in real time and apply certain decision-making rules that take account of the location and availability of charging stations and slower periods when drivers can recharge. Once again, this lets the company make the most of its fleet and optimize its performance. This more efficient management not only avoids wasting time, but also means Téo taxis can do a better job of meeting demand at peak times.

3- Relocating cars—Drivers with conventional taxi companies move around by themselves, relying on experience to “sniff out” the best places to find fares (after a hockey game or show, for instance). The models developed for Téo will let the company position its cars more strategically by moving them to places where demand is likely to pick up in the next few minutes or hours, and ensure the best possible coverage.

Since these decisions are based on such huge amounts of data, humans can’t come up with an overall image of the situation and make the best decisions. These systems take account of all the variables to be considered, leading to incredible efficiency.

“Eventually, we plan to adapt the current algorithms to other tasks. For instance, creating decision support systems for managing new services like ridesharing. Customers could reduce their travel expenses by sharing a fare with another person.”

The simulator could also be used to make other, more strategic, decisions, like the location and capacity of charging stations. At present these decisions are made intuitively, but different scenarios could be tested to come up with the best solution.

The advances made thanks to this research are by no means limited to the taxi industry. They could also be used in other industries, such as managing fleets of self-driving vehicles.