“This is the story of a patient and determined businessman who was able to rise from the ashes and start his life over, like the fabled phoenix,” says Jacqueline Cardinal, author of the biography and Associate Researcher with the HEC Montréal Pierre Péladeau Chair of Leadership. “As a financier, he has had two professional lives. In 2001, he refused to rest on his laurels after selling TAL Global Assets Management, the investment firm he had led to amazing heights over almost thirty years.”

So in 2003, he founded Fiera Capital, end embarked on a no-holds-barred effort to conquer the world. Now, 14 years later, Fiera Capital manages assets worth over $112 billion and is planning to carve out a place for itself in all the leading business centres around the globe.

“At a time when people often lament the lack of leadership in all spheres of society, I consider this inspiring book a must-read for all seasoned and aspiring managers,” writes Monique F. Leroux, President of the International Cooperative Alliance (ACI), in her preface.

Jean-Guy Desjardins (HEC 1969) was named a Distinguished Alumnus in 2014, in recognition of his accomplished career, his integrity, his social engagement and his exceptional contribution to HEC Montréal’s reputation and growth.

Jacqueline Cardinal has penned eight biographies of business leaders, including Jacques Duchesneau, Pierre Jeanniot, Luc Beauregard and Cora Tsouflidou. She has also written a book on the Sid Lee creative firm (Prix Grafika 2008), as well as some forty case studies on leadership, three of which have won Alma Lepage Awards. 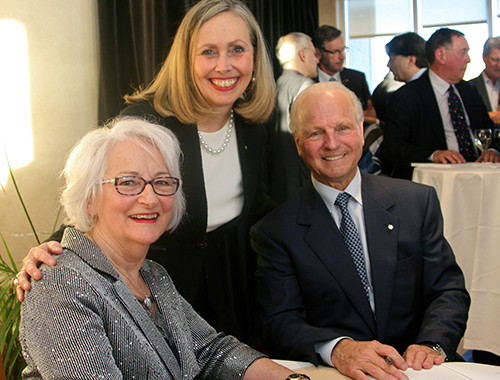