Victory for the BBA team at the 2016 Symposium GRH 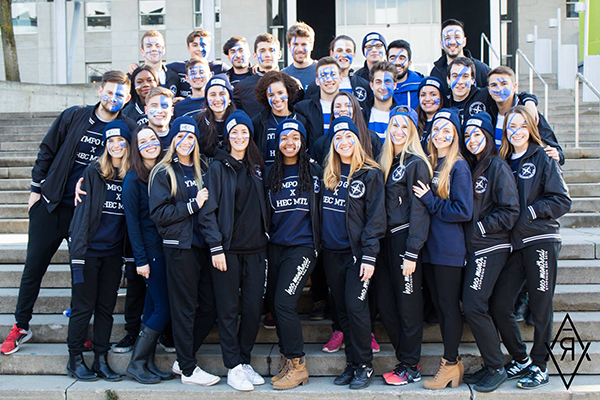 The HEC Montréal BBA delegation took 1st place overall in the Symposium GRH, held from November 18 to 20 on the Lévis campus of the Université du Québec à Rimouski. Over 270 students from eight universities faced off in this human resources management competition, the largest of its kind in Eastern Canada.

The competition consists of three parts – academic, sports and participation – and the School’s students stood out in several events.

The School’s students also did very well in the tchoukball sports event (2nd place) and in the quiz segment (2nd place). They also took 1st place for participation.

The delegation members, by team:

The teams were coached by Patrick Dubé, Jean-Yves Hinse, Chloé Fortin-Bergeron, France Cormier, Ariane Lussier-Thuot and Simon L'Africain. Finally, note that the delegation was supervised by Flavie Sumu and co-ordinated during the event by Adrien Thibaud.