The HEC Montréal community shone at the annual Réseau APCM gala on May 12. Our BBA student team won the Relève communication competition, and Guest Professor René Gendreau (Marketing) received a special award for his devotion to supporting the next generation.

First of all, the School’s RUBIX team of Alice Bourgeois, Victor Brunton,Marie-Chloé Falardeau, Oriane Robert Mezadamosantos, Maxime Mourot and Barbara Schaper impressed the jury and took first place! For this year’s competition, sponsored by the SAAQ and its agency, lg2, the teams had to design a communication strategy to convince drivers to slow down.

“This year the students addressed an issue calling for plenty of thought and creativity in terms of means and messages,” said competition consultant and co-ordinator Sonya Bacon. “It’s been a challenge for many years now for the SAAQ, and the university teams came up with some analyses and angles that surprised the jury.”

A special tribute for a professor

Professor René Gendreau was also honoured, with a special award recognizing his hard work, devotion and commitment to students.

“René Gendreau has shown outstanding and unflagging devotion to the next generation,” said Valérie Sapin, Chair of the Board of the Réseau APCM. “Every year, he throws himself into supporting the HEC Montréal teams in the Relève communication and Relève marketing competitions, in addition to students participating in many other inter-university competitions. We want to honour his commitment to young people and to the Réseau APCM with this special award.” 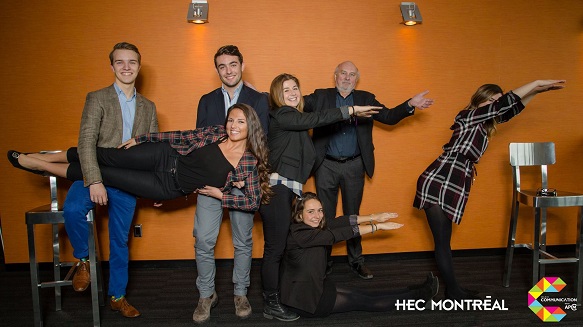