Guest Professor Yves Pigneur and his colleague Alexander Osterwalder have just been elected to the ranks of the world’s 50 most influential management thinkers. They placed 15th on The Thinkers50 Ranking 2015, a list drawn up every two years and described by The Financial Times as the “Oscars of management thinking.” They also received one of the 11 Distinguished Achievement Awards (in the “Strategy” category) presented at the ceremony in November, in London.

The two international distinctions awarded to MM. Pigneur and Osterwalder recognize the importance of their Business Model Canvas, which is now used around the world by both the business community and university institutions including HEC Montréal.

The canvas, which lets users develop and describe a business model, is widely used as part of activities by the Institute for Entrepreneurship National Bank | HEC Montréal and its Accelerator, and in the Rémi Marcoux Entrepreneurial Track. It was described in Business Model Generation. The book, of which just 5,000 copies were first published in 2010, has now sold over one million copies and been translated into some thirty languages.

In 2014, to complement their Business Model Canvas, MM. Pigneur and Osterwalder wrote Value Proposition Design: How to Create Products and Services Customers Want. In it they described a second canvas, which they called the “Value Proposition Canvas,” focusing on a company’s value proposition.

These two tools and publications are being used in a variety of courses and activities to support entrepreneurship, innovation and SMB management in the School’s different programs.

Yves Pigneur has been a Professor in Information Systems Management at the Université de Lausanne since 1984. Over the past three years, he has also been sharing his knowledge with students in the EMBA McGill-HEC Montréal, the Rémi Marcoux Entrepreneurial Track and the Institute for Entrepreneurship National Bank | HEC Montréal, as a guest professor. He is also a speaker at the Mosaic Summer School on Managing Creativity. Professor Pigneur was Alexander Osterwalder’s thesis supervisor, for his PhD at the Université de Lausanne in 2004. 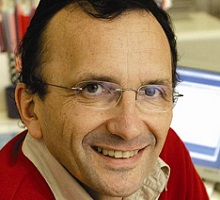 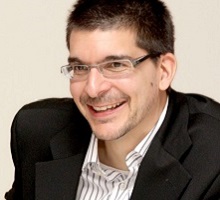