HEC Montréal does well at the CPA student congress

HEC Montréal BBA students were recognized for their excellent performance at the CPA student congress, held from March 13 to 15 in Saint-Alexis-des-Monts.

First of all, the HEC Montréal CPA Student Committee won the award for the activity of the year for “Vol CPA” (tied with the Université du Québec à Trois-Rivières committee). The highly successful event, held at the School on January 28, gave participants a chance to learn more about many countries and the accounting profession there, and to talk with representatives from various accounting firms.

In addition, Olivier J. Bergeron, Maxime Laliberté and Victor Myre Leroux received a special mention at the Congress for their performance in the Une affaire de cas interuniversity case competition in January, in which they had to solve an accounting case.

Over 150 students from 14 Quebec universities took part in this third CPA student congress, organized by the CPA Student Committee at the Université du Québec à Trois-Rivières with the support and co-operation of the Ordre des CPA du Québec. 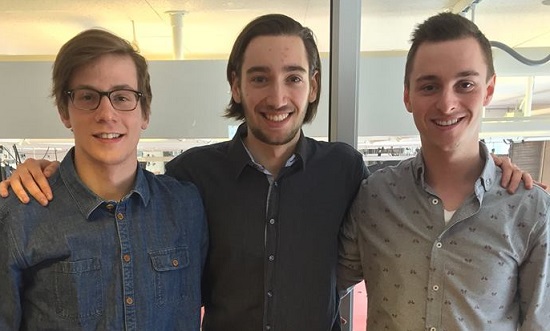 News > 2015 > HEC Montréal does well at the CPA student congress