This second edition of the rankings offers all Quebeckers a tool that tells them how much the services provided by their municipality cost, with a series of indicators looking at the wages and pension plans of municipal employees.

A total of 1,110 municipalities were examined, 34 indicators were studied and over 750,000 pieces of data were compiled. This year’s edition not only has twice as many indicators as last year’s, but also makes it possible to analyze how costs have evolved over time.

Among the main findings, the rankings show that the best cities in which to live have between 50,000 and 100,000 residents. Because of their size, such municipalities not only achieve better economies of scale but are also able to offer a broad range of services while at the same time better controlling their costs. Drummondville, Saint-Hyacinthe and Granby are excellent examples in this regard.

Check out the interactive map 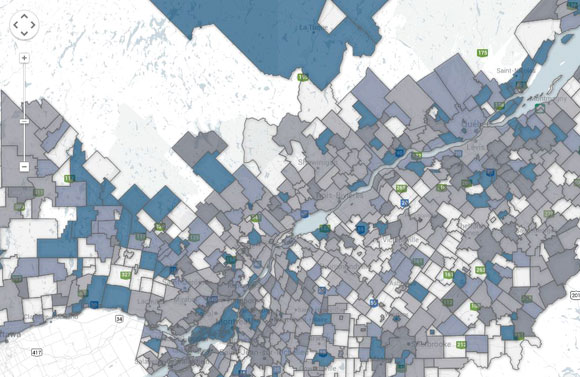