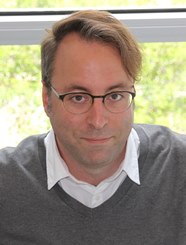 PhD student Louis-François Brodeur is now one of the 103 Action Canada Fellows named since 2002. Every year, a maximum of 20 Fellows are selected by Action Canada to take part in this 11-month national program for promising young Canadians, intended to enhance the Fellows’ leadership skills, enrich their understanding of Canada, and build a network whose members will support each other lifelong in making our country the best it can be.

The time commitment to be an Action Canada Fellow is substantial. Fellows undertake this leadership program in conjunction with their regular work, studies or other projects in which they are engaged.

Louis-François Brodeur holds a Master’s degree in Political Philosophy from the Université de Montréal. He is a member of the Board of Directors of the Fonds de recherche du Québec – Société et culture (FRQSC) and has received a doctoral grant from the FRQSC. His research focuses on professors’ academic freedom: how it emerges, interacts with its environment and changes. He has been the President of Force Jeunesse, an administrator at the Association francophone pour le savoir (Acfas) and a graduate student representative at the Université de Montréal (FAÉCUM). In addition to organizing, hosting and participating in several conferences on union renewal, secularism, reasonable accommodations and the future of the public service, he has also written on the university system.