The Centre d'entrepreneurship HEC-POLY-U de M is proud to have contributed to the success and reputation of one of its members. Gaspard Petit, an intensive MBA student at HEC Montréal, has received first prize in the Pierre Péladeau Bursaries. He received the $50,000 prize for his company, Enseed, founded in November 2007.

Mr. Petit holds a bachelor’s degree in software engineering and a master’s in computer science, and has been working for over eight years designing and developing software for film and television. The technology he developed makes it possible to quickly broadcast images and video clips from different media and formats, including USB keys, scanners and digital cameras. His Médiatek software has drawn the interest of studios and broadcasters wishing to integrate images and clips into their reports.

“This award is a real highlight in the short life of my company,” he explains. “It will allow me to purchase everything I need to set up my first systems and make my first sales. I’ll be saving time that otherwise I would have had to spend seeking financing to buy equipment.” 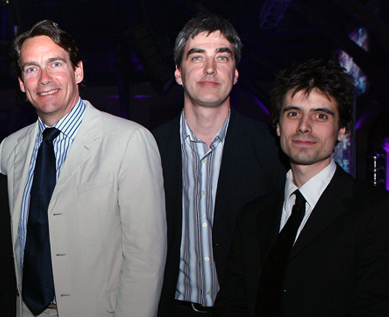 The Centre, founded in 1996 by HEC Montréal, the École polytechnique and the Université de Montréal, is a non-profit organization intended to foster interest in entrepreneurship and innovation in the academic community and to provide concrete support for business start-ups.