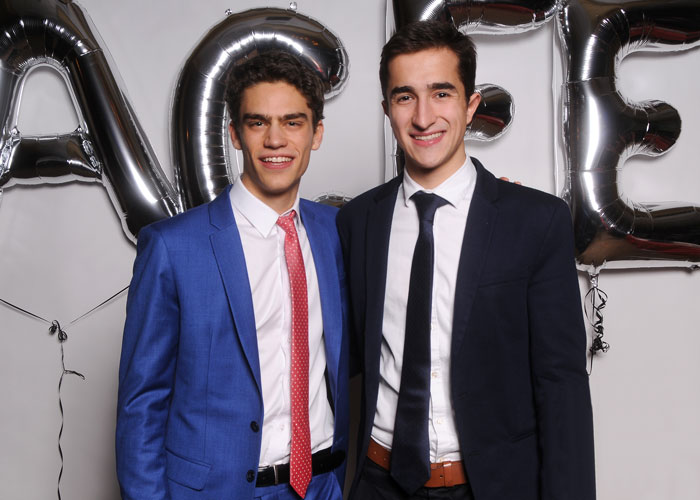 Clément took 1st place and a cash prize of $1,500 for his Jak app, designed to transform Montréal’s student population into a true community. By listing the top student addresses in the city, Jak encourages students to explore the city and share their ideas. In fact, the name of the application is a tip of the hat to Jacques Cartier, the first European to reach Montréal Island.

Maxime won 2nd place and a $1,000 cash prize for his Sponteous platform, aimed at selling discount bus, plane and train fares to mystery destinations. Flexible travellers can save, and carriers win customers that they would not otherwise have had.

“Their ability to integrate concrete user examples and convince the audience to dream along with them, and their use of excellent visual supports to illustrate their pitches helped Clément and Maxime stand out from the other competitors,” said Jean-François Boyer, Senior Manager, National Bank of Canada, and a member of the contest jury. “They did HEC Montréal proud with their presence in the final round, pitching before an audience of more than 100.”

Note that the two students took part in the competition with the help of generous contributions from the National Bank Institute for Entrepreneurship (IEBN) and the HEC Montréal student association (AEHEC).