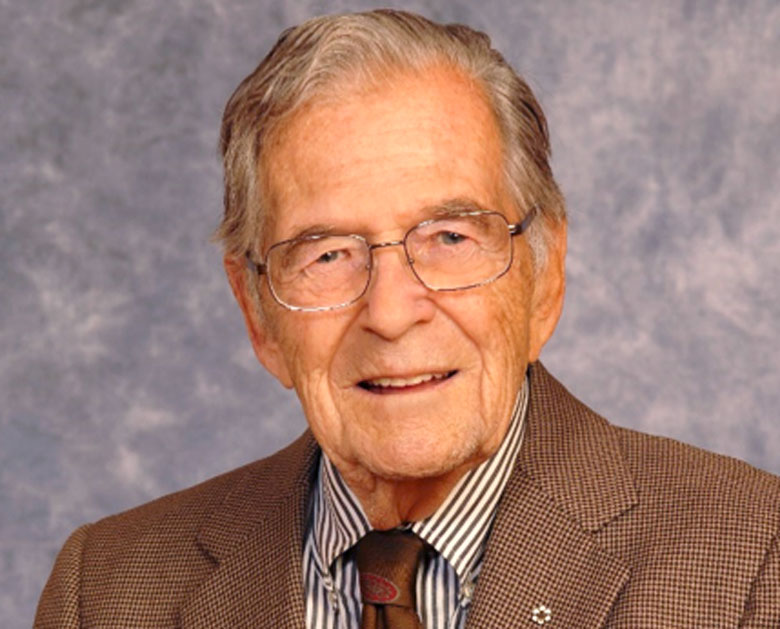 Through a $100,000 donation to HEC Montréal in 2019 and a bursary bearing their late father’s name, the children of H. Marcel Caron (HEC Montréal 1945) – Pierre, Michèle, Marie, François and Robert – sought to honour the memory of a great man who made many notable contributions to chartered accountancy during his lifetime. But more than that, they hoped to echo the outstanding generosity and altruism of someone who gave back to HEC Montréal in many ways, not the least of which was donating his instructor’s fees to a scholarship fund.

“Our father contributed to society in his own way, and we want this donation to help like-minded individuals do the same and keep his memory alive,” said his children. “He wasn’t one to flaunt his success. The idea of putting his name on a donation would never have occurred to him.”

Modesty notwithstanding, Mr. Caron enjoyed a long and illustrious career as a chartered accountant, one of the highlights of which was his contribution to the francization of Clarkson Gordon, today EY. “He was one of the first French Canadians to make this happen,” stated his children with pride. “He was big on giving the Francophones in his firm a chance to advance their career.”

His own career path was not without obstacles. The only son of a printer, he had to quit school when the Great Depression hit to earn money to help feed his family. After he was hired to work for the City of Montreal, he arranged his schedule in a way that let him resume his studies at HEC Montréal. He was diligent in pulling this “double duty” until his degree was completed.

Appointed as an Officer of the Order of Canada in 1980, Mr. Caron faithfully gave back to his alma mater at every opportunity. “HEC Montréal has been such a huge part of our family. Three of us did our degree here,” said his children. “It had a tremendous impact on our father’s life, so creating a bursary in his name seemed like a natural choice.”

The first H. Marcel Caron bursary, awarded in 2020, was given to student in the BBA accounting program for their outstanding commitment to the university or local community, taking into consideration financial need.