Gilles Labbé (HEC Montréal 1978) is the newest member inducted into the Cercle du Directeur and Conseil des Gouverneurs, following his generous donation of $500,000 toward HEC Montréal’s new building in the central business district. 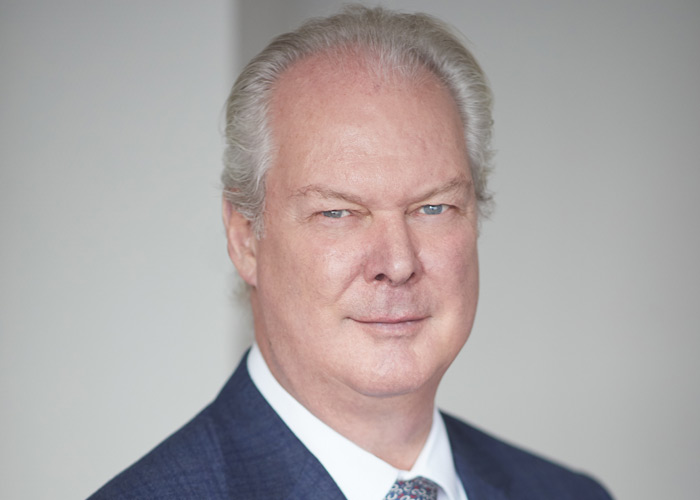 Labbé, the Executive Chairman of the Board of Héroux-Devtek, sees this donation as a natural fit with his own values:

“Giving back to the community is important, especially when you’re running a successful company in that community. My time at HEC Montréal gave me the tools I needed to build a business that now ranks as the third largest in its industry. We owe our success to a bit of luck combined with a whole lot of hard work by our team, but it required an excellent educational foundation as well.”

Having a good network in place is also essential, he said:

“A company is a little like a hockey team. You need someone at the top who has vision and who can lead the team to victory. You have to have the right people in the right positions, so everyone supports one another and works together toward the same goal. It’s not just about having a bunch of superstars. It takes a good third and fourth line as well.”

Michel Patry, President and CEO of the HEC Montréal Foundation, proudly welcomed the newest member of the Conseil des Gouverneurs and the Cercle du Directeur:

“Gilles Labbé has put Quebec on the map in the aerospace industry, and that has been great for HEC Montréal, too. It’s a true honour to have him join this incredible group of philanthropists who do so much for the School.”

An auditorium in the new downtown building will bear Labbé’s name.

Labbé started working at Héroux in 1982. He quickly climbed the ranks to become President and CEO in 1989, a position he would occupy for three decades. He was the architect of the merger with Devtek in 2000. The contract to manufacture landing gear for Boeing 777 that he landed in December 2013 would transform Héroux-Devtek into a world-class company and an undeniable force to be reckoned with.

In 2019, he stepped down from this role to take up new duties as the Executive Chairman of the Board. He is also a long-time member of the Board of Directors of Aéro Montréal, which he helped set up in 2006.

When asked if he had any words of career advice for young graduates looking to follow in his footsteps, he had this to say:

“Being in business takes a great deal of resilience. There are some good times when everything seems to be going well, but it’s not all like that. Real leaders are the ones that rise to the occasion when the chips are down.”