Five HEC Montréal alumni were recognized for their leadership, spirit of innovation and outstanding achievements at Gala Luminescence on November 17, 2022. Many attendees were on hand at this dynamic and moving event to celebrate the honorees and network with the members of the HEC Montréal community. 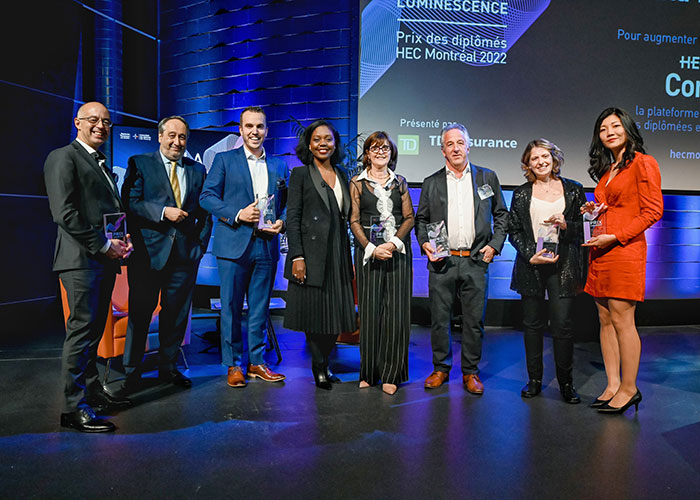 In addition to announcing the five winners, the event was an opportunity to bestow the honorary title of Distinguished Alumna on Louise Sicuro. The six other Luminescence Award finalists were also congratulated for their excellence, as were everyone who submitted a nomination package. Together, they proved once again the positive influence HEC Montréal alumni have across various spheres of society.

This year’s awards were emceed by speaker, trainer and facilitator Déborah Cherenfant (HEC Montréal 2009), Regional Manager, Women in Enterprise, Eastern Canada, at TD. She herself won this award last year in the Social and Community Involvement category at the inaugural Gala Luminescence event.

A TRIBUTE TO OUR 2022 DISTINGUISHED ALUMNA

The evening kicked off with a tribute to 2022 Distinguished Alumna Louise Sicuro (HEC Montréal 1994). She was presented with this honorary title in recognition of her exceptional career, her integrity, her commitment to her alma mater and her social engagement. She then sat down for a talk about her many contributions to the advancement of arts and culture and the role HEC Montréal has placed in her professional success. 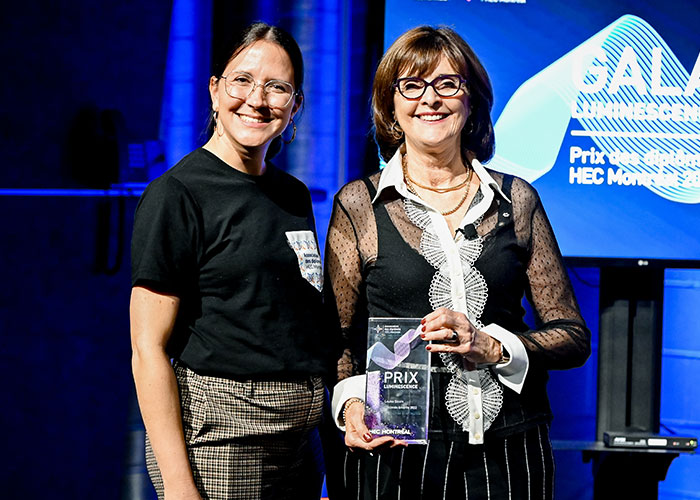 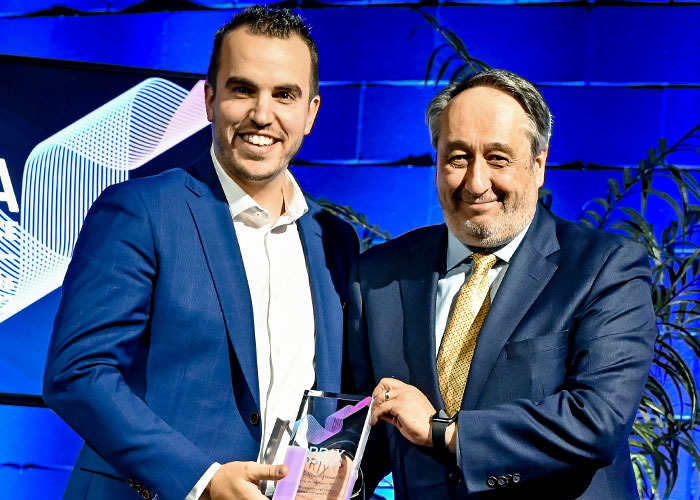 Through ongoing recruitment and continuous improvement efforts Jean-François Cloutier has successfully built up his team and substantially increased the average salary of his employees, while continuing to deliver a consistent level of productivity and performance, and giving back to the community. 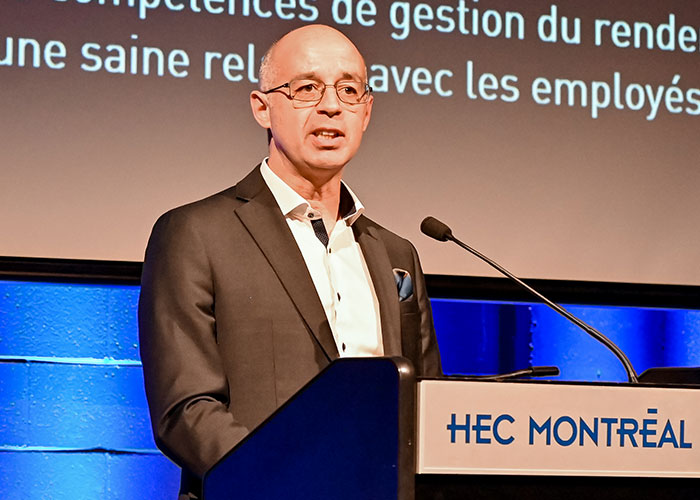 As the head of Bell Textron Canada, Steeve Lavoie has put in place a sustainability-minded growth strategy that has strengthened the company’s brand and made it a sought-after employer. He has also cultivated a performance culture and introduced a brand-new training technique to enhance performance management skills and promote a healthy employer-employee relationship. 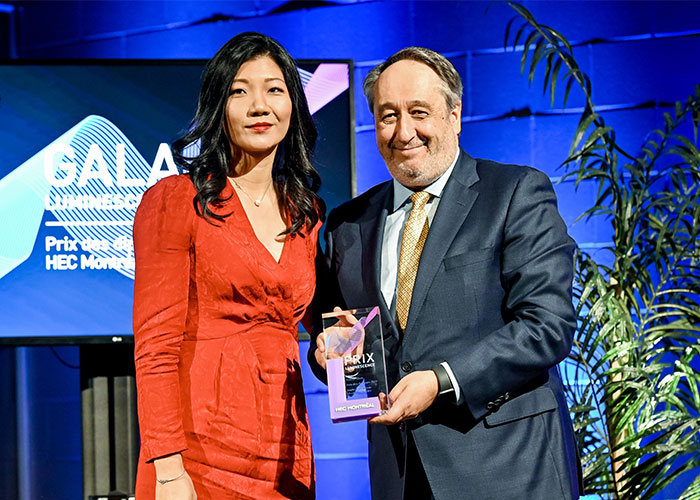 It wasn’t long after Estelle Chen moved to Montreal on her own to study at HEC Montréal that she started volunteering for a number of organizations, including Junto Montreal’s board of directors and the St. Lawrence Choir’s advisory board. In addition, she and nine other tech leaders founded La French Tech Toronto to forge ties between the Francophone community and the tech industry. 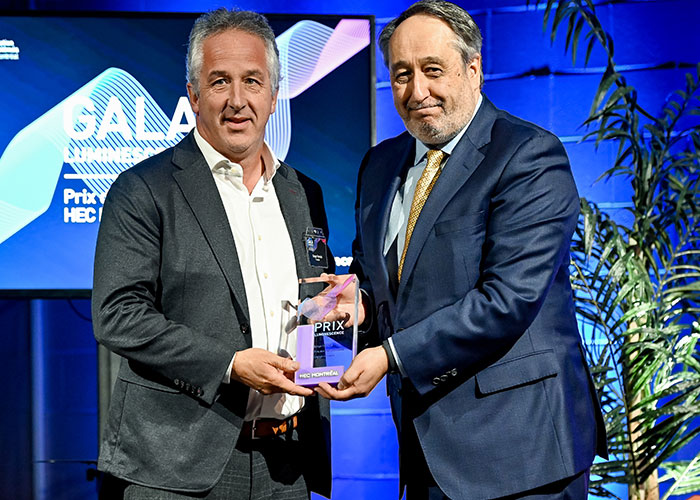 Serge Harnois took over the reins of Harnois Énergies, a family business specializing in the sale of wholesale and retail petroleum products. The company’s mission is to efficiently provide energy sources, specialty products and quality services through a user-friendly purchasing experience. His keen business acumen and leadership skills have been vital in helping the company to thrive. 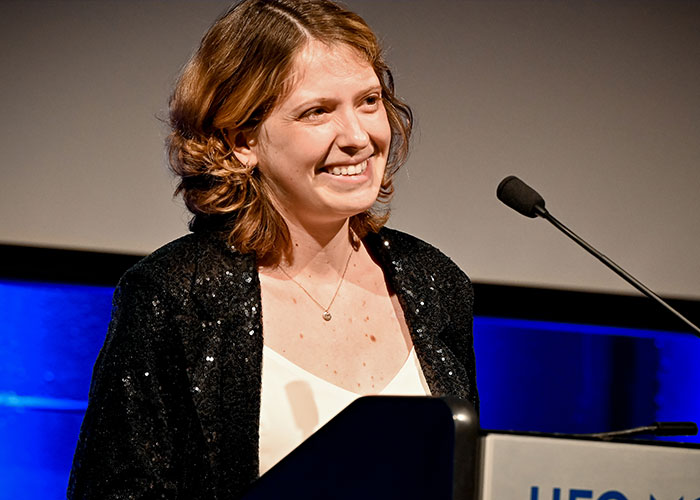 Émilie Poirier is the first woman to lead MixoWeb, a family-owned digital marketing and communications agency that works with Quebec businesses and non-profits to strengthen their online presence. To do this, MixoWeb capitalizes on its leading-edge expertise in website development, search engine optimization and social media advertising. Poirier’s unique entrepreneurial vision is matched only by her drive and determination.