The story of Cora Tsouflidou, told by Jacqueline Cardinal 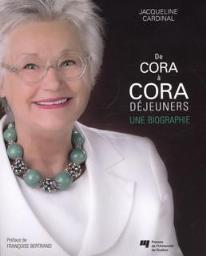 The book tells the story of Cora Tsouflidou who, at the age of 40, became a single mother and the sole provider for her children. She opened one restaurant, followed by another and another… and wounded up at the helm of a network of franchises, Cora Déjeuners, with more than 130 restaurants across Canada today. The biography discusses both the personal journey of this courageous woman and the remarkable success of her business leadership.

“I wrote this biography to show that it is never too late or too difficult to rewrite your own story,” explains the author. “Cora’s story is a lesson in courage, creativity, and business strategy, as well as a triumphant recovery from illusion and lost love.” 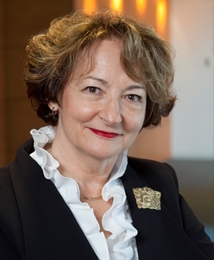 Jacqueline Cardinal, research associate at the Pierre-Péladeau Leadership Chair and researcher and deputy editor-in-chief for Gestion magazine, holds a master’s degree in French Studies from Harvard University and a degree in Business Administration (D.S.A.) from HEC Montréal. Cardinal also holds a translation degree from McGill University and she is a certified member of both the Union des écrivaines et des écrivains québécois and the Ordre des traducteurs, terminologues et interprètes agréés du Québec (OTTIAQ). From 1999 to 2001, she served as editor-in-chief of Recherche@HEC/Research@HEC, a publication issued from the Research Office of HEC Montréal. In 1999, 2010, and 2013, she received, jointly with Honorary Professor in Management Laurent Lapierre, the Alma Lepage Award issued by HEC Montréal.

De Cora à Cora Déjeuners is Jacqueline Cardinal’s sixth biography. In partnership with Professor Lapierre, Cardinal co-wrote five other biographies, a monograph, some forty management case studies, as well as feature articles on leadership and leader profiles for major daily newspapers, trade journals, and peer-reviewed journals. She was also editing coordinator at the Case Centre and a direct participant in the founding of the International Journal of Case Studies in Management.

News > 2014 > The story of Cora Tsouflidou, told by Jacqueline Cardinal