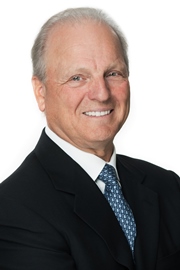 At the annual alumni reunion held yesterday, Jean-Guy Desjardins (HEC 1969), the Chairman of the Board and CEO of Fiera Capital, was named a Distinguished Alumnus, an honour granted jointly by the School and the HEC Montréal alumni network. He was recognized for his accomplished career, his integrity, his social engagement and his exceptional contribution to HEC Montréal’s reputation and growth.

After graduating from HEC Montréal, Mr. Desjardins started his career with the Sun Life Insurance company, and over the space of 40 years built two portfolio management firms that have ranked in turn among the country’s largest: TAL Global Assets Management, founded in 1972 (acquired by CIBC in 2001), and Fiera Capital, in 2003. Since then the latter firm has continued to expand with a number of acquisitions including Senecal Investment Counsel, YMG Capital Management, Sceptre Investment Counsel, Natcan Investment Management and Canadian Wealth Management Group Inc. As part of its North American expansion strategy initiated in 2011 with the opening of its first office in the United States, the firm also acquired a prominent wealth management firm in Los Angeles (Bel Air Investment Ad­visors), and a global asset manager in New York City (Wilkinson O’Grady).

Mr. Desjardins is very active in the business community, sitting on several boards of directors, including the HEC Montréal Board since 2002. He is a member of the Council of Governors of Centraide of Greater Montreal, as well as the Investment Committee of the Canadian Centre for Architecture and the Executive Committee and Board of Directors of the Montreal Symphony Orchestra. In 2013, Mr. Desjardins was named the financial personality of the year, for the second time, by Finance et Investissement magazine.