At its annual meeting on September 18, the HEC Montréal International Advisory Board (IAB) saluted the remarkable contribution of government corporation manager Jean-Paul Bailly, of France, by appointing him an honorary member, and the excellence of Bachelor’s in Business Administration (BBA) student Laurent Giguère, by awarding him the BMO Financial Group scholarship. This award has been presented annually since 2011 to a candidate who shows excellent proficiency in languages and has an exceptional academic record.

Mr. Bailly, now an honorary member of the IAB,has been part of the Board since it was founded in 1994, when he was President and CEO of the Régie autonome des transports parisiens (RATP). He took the helm of the La Poste group in 2002, where he launched far-reaching transformations, including the creation of the Banque postale in 2006. He left La Poste in September 2013. He holds degrees from the École polytechnique (France) and the Massachusetts Institute of Technology (USA), and is an Officer of the Legion of Honour and a Commander of the National Order of Merit (France).

Laurent is a third-year trilingual BBA student (specializing in Finance/Applied Economics), with a GPA of 4.08 out of 4.3. Endowed with a curious mind and passions for music and sports, the young man did a term at the Università Commerciale Luigi Bocconi (Italy) and is Vice-President, External Relations, of the HEConomie student committee. He will be competing in the 2015 Jeux du Commerce and plans to start a Master’s degree in Economics next year. 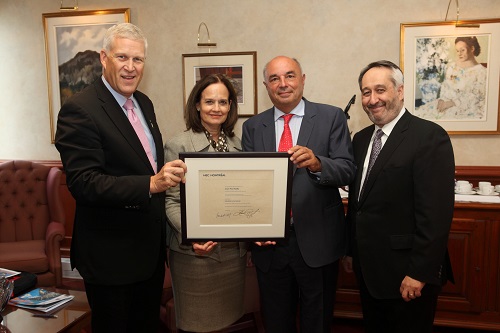 Louis R. Chênevert, Chair of the IAB and CEO of United Technologies Corporation, Hélène Desmarais, Chair of the Board of Directors of the School and CEO of the Montreal Enterprises and Innovation Centre, Jean-Paul Bailly, honorary IAB member and Honorary President of Groupe La Poste, and HEC Montréal Director Michel Patry. 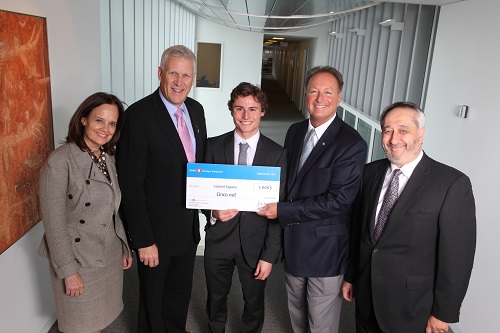 The Board brings together business leaders, many of them from multinational companies, from six countries. Its mission is to make recommendations to the School on internationalization strategy and to play an important role in strengthening its global networks. The Board is currently chaired by Louis R. Chênevert (HEC 1979), Chairman of the Board and CEO of United Technologies Corporation, in the United States.