Beyond product innovation: a different approach to business models 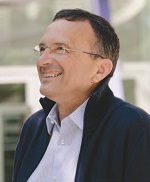 “Technological or product innovation isn’t enough to guarantee success. It has to be backed up by a business model. And by the right business model,” declares Yves Pigneur, a professor at the Université de Lausanne and guest professor at HEC Montréal. This message is at the heart of a guide to the new generation of business models (Business Model Generation), co-authored by the Swiss researcher. The handbook, of which just 5,000 copies were published in French by the author in 2010, has now sold over one million copies and been translated into some thirty languages.

What do you mean by “business models” and why are they so important?

While mission statements and an organization’s goals and values sum up its dreams, ambitions and motivations (“This is what we want to do!”), the business model describes the operational vision of its strategy (“This is what we’re doing.”). It sets out the principles by which an organization creates, delivers and captures value. Without a clear economic model, it is impossible to create a coherent business plan.

What are the basics of a business model?

A good business model must cover all the fundamental aspects of an organization, be it for profit or non-profit. In our book we show the reader how to develop a business model or review an existing model, using a visual, nine-block canvas. The nine building blocks cover the four main areas of a business: customers, offer, infrastructure, and financial viability.

Some of these building blocks deal with information known outside the firm. The value proposition (the goods and services it offers customers); the customer segments it serves; its communication, distribution and sales channels; and its customer relationships. The other blocks relate to internal characteristics: the firm’s key resources, key activities and key partnerships, and its cost structure and revenue streams.

What are the pillars of the approach you suggest for developing or revising a business model?

What are the most common mistakes people make when developing a business model?

Falling in love with their first idea and sticking to it. I have often seen this with engineering or information technology students: most of them want to launch their company based on a product they have created or improved, but they have no idea of what customers need. They have to be willing to test their products on potential buyers and make changes to it if necessary. They may even find that there is no market for the product, or that they would do better to sell it to another company that can distribute it.

Decision makers in large firms face a different risk, however: they are intent on finding solutions quickly. They feel that this kind of exploration is a waste of time and money. But it is very important not to refine the model too quickly.

What can we learn from successful businesses?

Give us some examples of companies that have taken an innovative approach in their business models.

Three companies come to mind. They all innovated in terms of their products, but they owe their success to cutting-edge business models.

Xerox, as everyone knows, came up with a major innovation in the last century: the photocopier. But it couldn’t sell the machines at first, because they were too expensive. Consultants advised the company to change the design and make them more affordable. But instead the company’s managers decided to generate revenue by renting their photocopiers to organizations and charging for individual copies.

Nespresso, for its part, created the first coffee machine system using capsules to “allow anyone to make the perfect cup of espresso coffee, on their own, at home or at the office,” as its mission says. At first the company tried to sell the model traditionally used by its parent company, Nestlé, through distributors. Although it was an excellent system, Nespresso almost went broke in 1987. A new President and CEO then had the idea of introducing direct sales to customers. And it was after this change in distribution channels that the company became so successful.

The Cirque du Soleil is another good example of business model creativity. Of course it innovated by offering circus shows without animals and without star acts, but it also succeeded by changing two other aspects of the traditional circus business model: the customer segment and cash flow. Its audiences are largely made up of theatre and opera lovers, who are willing to pay high ticket prices.

Yet these firms have run into difficulties in recent years...

That’s true. And that brings up another important lesson: business models, like food, have expiry dates, and they are becoming obsolete faster than ever before. You can see that in industries like book publishing, the media and music. To survive, companies have to innovate other than by launching new products or focusing on research and development.

Your book has been a tremendous success even though the publishing industry is in a very bad way. What is its business model?

First of all, it responds to a need. Long before I wrote it, engineering and computer science students from the Université de Lausanne were coming to me for advice on their business plans. To simplify things, I developed the nine building block canvas model that we used in the book.

Between 2000 and 2004, my co-author Alex Osterwalder and I conducted research into the ontology of business models as part of his doctoral studies. Alex then went on to work with NGOs, while giving lectures and workshops. It was the participants in these events who suggested that we put out a book. In 2008, we decided to write one together.

Before describing the model you finally decided on, tell us about the one you rejected.

We knew that 11,000 new books on management are published every year in the United States alone, so we decided not to approach publishers with a final manuscript – since that is the traditional model used by little-known authors of university textbooks or books for the general public.

What was the initial business model for the book?

First of all, we decided to make it a management book different from the rest, in its layout and design – all in colour, with lots of illustrations. To get to the final version, we worked through a website with 470 professionals who not only enhanced its content by giving us their comments, but also helped finance the book by paying for access rights to the preliminary version. It was thanks to them and advance sales that we paid for the first printing of the book, 5,000 copies.

Those first copies were sold over the Internet platform created to write the book. Although we were selling lots of books, the approach was a nightmare. Our shipping costs, for instance, were often as much as or more than the price of the book.

How did you solve that problem?

We changed our distribution channel, by listing our book with Amazon, and found a new printer, in Toronto. Although we were getting less money per book – Amazon takes 40% – we gained in terms of volume. The book quickly became one of Amazon’s best sellers, and we sold 10,000 copies.

Our success drew the attention of US publisher John Wiley & Sons, who suggested that they reprint the book in the standard format for business books, and in black and white. We refused, because we were convinced that much of our book owed much of its success to its design. Wiley finally saw it our way. This change in our model meant that it could be sold in bookstores, and translated into about thirty languages.

Value Proposition Design, another book co-authored with Alex Osterwalder, came out in fall 2014. Is it a follow-up to your best seller?

We realized that the building block that was most confusing for readers of our guide was the one where they had to define their value proposition, that is how they would solve customers’ problems and satisfy their needs in an innovative way. Value Proposition Design gives them tools to do that.

News > 2014 > Beyond product innovation: a different approach to business models