The 14th annual Gérard Parizeau Award was presented to economist Jean-Thomas Bernard, a visiting professor with the Economics Department of the University of Ottawa.

This prestigious award, along with a cash prize of $30,000, is a tribute to Professor Bernard’s exceptional contribution in the area of natural resources management, specifically in the energy field.

As a winner of the Gérard Parizeau Award, Professor Bernard gave a public lecture on electricity rates and nationalization in 1962, on October 9th.

To learn more about Jean-Thomas Bernard, refer to the press release.

The Gérard Parizeau Fund and Award

The Fund presents the Gérard Parizeau Award to researchers, professors or other leading lights in the field of management and economics and those in the field of history, in recognition of the value and originality of their thinking and their work.

The winner is chosen by a nine-member jury, consisting of the Dean of the Faculty of Graduate and Postdoctoral Studies at the Université de Montréal, a representative of the Director of HEC Montréal, three members of the Parizeau family and four academic experts and practitioners. The annual award is presented alternately by HEC Montréal and the Université de Montréal. 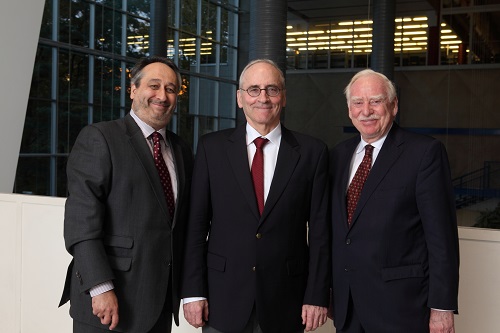